Oseadeeyo Akumfi Ameyaw IV, Omanhene of Techiman Traditional Area, has cut the sod for work to begin on a GH¢700,000.00 clinic at the Techiman campus of Valley View University (VVU).

It will comprise of consulting rooms and wards for men, women, children and maternity.

Authorities of VVU had already provided GH¢200,000.00 for the project expected to be completed within six months.

Oseadeeyo Akumfi Ameyaw expressed concern about the manner some people without any educational background had arrogated to themselves doctorate degrees and said it was degrading the image the public had for academicians and urged the mass media to expose them.

He said he was optimistic that the clinic would not cater for the students alone but the people in the community as well.

Oseadeeyo Akumfi Ameyaw gave the assurance that more land would be made available to upgrade the clinic into a teaching hospital and presented 100 bags of cement towards the project.

Professor Daniel Buor, Vice Chancellor of VVU, expressed appreciation to the traditional council for the land for the campus which began five years ago with 373 students but has increased to 3,700 and by 2016 would become a semi-autonomous College of Education for Distance Learning. 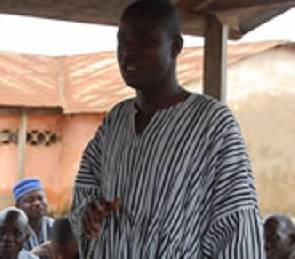