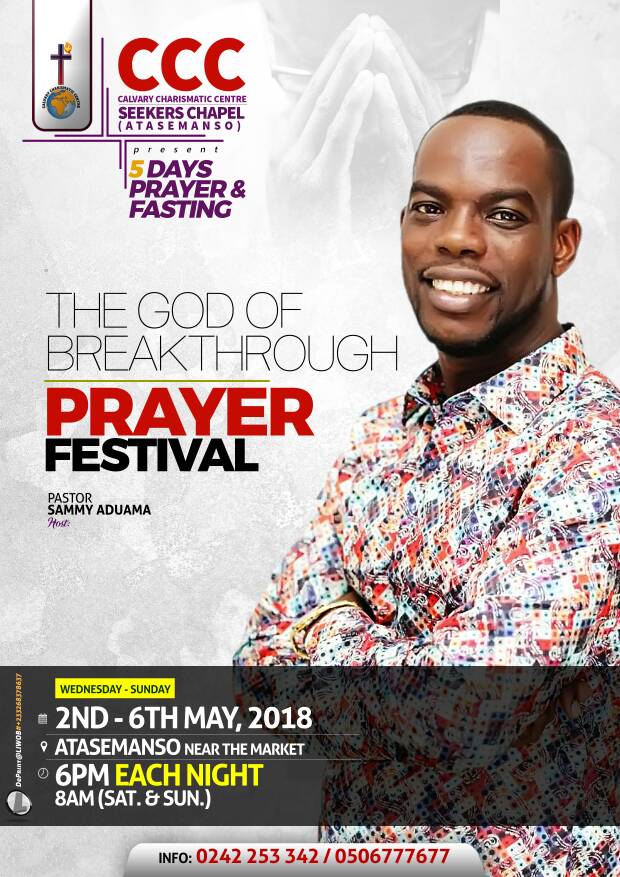 Ghana News–Pastor Samuel Aduama, Head of the Atasemanso Branch of Calvary Charismatic Center (CCC) has challenged Christians to tap into the limitless power in prayer.

This power, he noted comes through prayer and can subdue and turn very negative situation to a positive or an elevating one.

Speaking to the Ghanaian Observer Newspaper ahead of a five day prayer festival which starts today 2nd of May to the 6th of May at the branch, Rev Aduama intimated the potency in prayer.

He insisted that nothing can stand against a diligent and deliberate prayer, adding it is such prayer that moves God to action.

‘’It is only through prayer that demons tremble at the name of Jesus because the mention of that name activates Christ into action’’, Pastor Sammy reiterated.

According to the Minister of the Gospel, hopeless situations are turned to better outcomes through prayer.

Breakthroughs and discoveries are also made possible through constant and consistent prayer by believers.

He urged the Church to always exercise their faith through prayer, adding that it is the only weapon Believers have to unlock closed doors.

In the abode of God, the Minister revealed lie limitless resources of power, authority and provisions to the believer.

‘’There are limitless and unquantifiable resources in heaven and it takes the diligent to have access to these things’’, Pastor Sammy mentioned with passion.

Prayer, Pastor Aduama underscored gets results to those who consistently and consciously offer same.

Anyone who prays all the time and is not weary in appealing to God through prayer for help always receives answers to his needs, Pastor Aduama disclosed.

God, he noted is ever ready with supplies of resources, adding no amount of constant or consistent asking of same will drain God.

‘’We can never drain God of his resources because they are abundant and limitless in both volume and number and only the diligent in prayer can access same’’, Pastor Aduam posited. 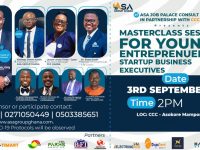 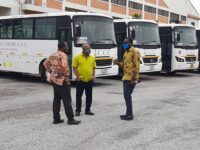 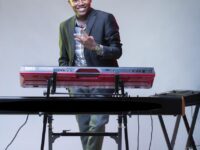