After carefully listening to the numerous explanations given by the Food and Drugs Authority(FDA) and the Ministry of Health(MOH) in their attempts to cover up their self invented mess, I could not disagree more with the unpopular political cliche Kwabena Agyapong once alluded to that, “There are no human beings in Hohoe” Oh, you think there are ?, I’m sorry, the government thinks differently.

If there was ever a day in my life that i felt sad about being a Ghanaian, its obviously the day I read about how the Ministry of Health(MOH) and the Food and Drugs Authority(FDA) had criminally chosen the people in the Volta Region to be used as ‘guinea pigs’ in trying the new Ebola Vaccines. I’ll tell you what I think about this senseless and inhuman act being carried out in Ghana now but first, this is what Anna Popova , the head of Russia’s Health watchdog said about the Ebola Vaccines trials in Russia.

“All the four vaccines are ready. Tests on primates have already begun but since we don’t know the effects yet, we only tried it on chimps and gorillas” (Anna Popova)

Meanwhile, somewhere in (the most scientific country in the world) Ghana, the MOH and the FDA have agreed to use the drugs on human beings instead. THIS IS MADNESS.

The most annoying part of it is the lie being spilled out on air to confuse the innocent public. What happened to integrity?. I had already read on social media some 3 weeks back on how the vulnerable people in the Volta Region were being lured to receive GHS 200 and a cell phone if they agree to take the vaccines. But responding to these allegations on Peace FM today, the spokesperson for the Ministry of Health said, “The GHS 200 is a token for transportation and the cell is given to them by ways of making communication easier” And Mr. Goodman expect Ghanaians to believe his explanation probably because we are all dumb right? Come again please.

I had wanted to only pour out my thoughts on this issue devoid of politics but listening to the line most of the government communicators are toning, I’m tempted to have a bite. At least, listening to Hon. Akandor and Nii Tei Latteh on Peace FM and Asempa FM respectively, they seemed not to be in support of the trial though, they both ended by saying no one has actually been forced to go for the vaccines. Really ?, no disrespect to the good people in Hohoe, but I can tell you that, there is nothing more forceful than giving out GHS 200, plus a cell phone under the economic hardships people find themselves in. Kindly spare our ears. If these are not just gimmicks and you really mean your words, then I ask a question. Are you willing to take the vaccine trial to your constituencies, and perhaps starting from your party offices? Sometimes, I wish I could measure insensitivity. Lest I forget, unconfirmed Google reports state that, 48 out of the 52 chimps which were given the trial vaccines earlier are dead.

You see, there are a lot of questions than the answers we have now. In my lame man’s view, a drug-test should be carried out in the environment where there have been at least a recorded case of the epidemic. How do you test the efficacy of an Ebola drug in an Ebola-free environment? What do you seek to achieve ?. Maybe, just maybe its not a drug but a vaccine as the FDA spokesperson puts it. But again, a vaccine should cushion one from an incoming epidemic. So what does the MOH and the FDA know that we the public and the people of Hohoe don’t know? Now, assuming without admitting that the trial has no adverse effect, the question is, WHY THE VOLTA REGION ? How true is the rumor that the USA, UK, and even Liberia(who suffered the worst of the Ebola outbreak) have all rejected the trial?, and why?

I commend the Health Minster for being bold to make a swift U-turn but wait, why do you stop something good? well maybe it wasn’t good enough for human trial. But if that is the case, what happens to those who have gone for the vaccines already? Don’t we deserve to have answers to these questions ?

A late politician once told me, “boy, work your way through and forget about us(politicians), we don’t even know that you exist. You are only ‘relevant’ when you become relevant” I’m still struggling to understand his words though but I hope my people in Hohoe can relate to it. Stand up, raise your voice to be relevant now because the sad truth is, drugs and vaccines which are supposed to be tested on non-human primates like chimps and gorillas, are being given to you in exchange for phones and GHS 200. How much is your life worth? I mean, they don’t even know that you exist. To them, there are no human beings in Hohoe. 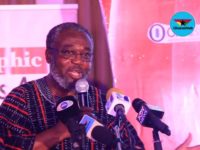 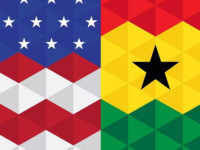