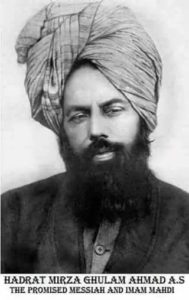 As it stands, I know all seekers of truth and all discerning minds are now convinced in their minds and hearts that the popular misconception that Jesus Christ (as) coming again will descend from the clouds like a bird will indeed not happen in that manner. It’s quite clear that metaphors and parables were very prominent in the diction of Prophets as well as in their presentation of prophecies. The second coming of Jesus (as) has happened and it’s in the manifestation of Hazrat Mirza Ghulam Ahmad (as).

Let it be clear that the Almighty God is not handicapped or deprived of raising Prophets in every generation to fulfill a specific purpose. There is no need for God to hide a certain Prophet (Jesus for that matter) for over 2000 years somewhere for him to undertake another task, God is capable of raising a Prophet among the righteous to fulfill that perceived task. Let it be clear, that Jesus of Nazareth, was a Prophet who was sent to the lost tribes of Israel, who was also sent as a witness and testament (fulfilment) of the works of the Prophet Moses who came before him. Alhamdulillah he fulfilled his task, though the Jews tried to kill him to humiliate him as a false Prophet, he survived the crucifixion, migrated eastwards, completed his mission, and died a natural death just like all Prophets before him.

Another Prophet was sent after Jesus, and he is Rasoolullah Kareem, Hazrat Muhammad Mustapha (saw) as a mercy unto mankind, given the last and final testament to mankind in the form of the Holy Qur’an, the seal of all the Prophets (the best of all the Prophets) also raised a community of faithfuls called Muslims who enjoined on mankind to do good and forbid evil. Just like Moses, after his demise, there was the need for another Prophet to come as a witness, as a testament to the message of our beloved master Rasoolullah Muhammad Mustapha (saw), just like Jesus (as) came as a witness to the message of Prophet Moses (as), so did Mirza Ghulam Ahmad (as) come as a witness to the message of the Holy Prophet Muhammad (saw).

That is why Hazrat Mirza Ghulam Ahmad (as) has been given the titles Imam Mahdi and “Isa Ibn Maryam” (Messiah), the Imam Mahdi and the Messiah is one and the same person, they are just titles which identifies him for his work. Jesus Christ (as) is not going to literally descend from the clouds, rather, just as he was a witness to Moses, so will the Imam Mahdi come as a witness (in the same substance) to bear witness to the message of the Holy Prophet Muhammad (saw) as well as execute other prophecies attributed to him

Let it also be clear that the metaphorical expressions of the Prophecies regarding the second coming as expressed in other scriptures, should not be taken literal at all, else we will have a knot of contradiction before us to untie. At one place, it says Jesus will come like a thief at night, thus, nobody will realise his coming, at another place it says that he will descend for all eyes to see him. What these prophecies mean in their rightful context is that, Hazrat Mirza Ghulam Ahmad (as) came at a time where most people didn’t realise it, he appeared in a small village (in fact a hamlet) in India called Qadian. A remote location which was not known to the world, however the other prophecy of all eyes seeing him is fulfilled when his message is now in all corners of the world. The truthfulness of Islam Ahmadiyyat is now evident to all eyes in the world, the spiritual grandeur and eminence of Hazrat Mirza Ghulam Ahmad (as) is a sign of Divine help and succour. Today, the whole world is a witness of the manifestation of the Ahmadiyya Muslim Community as a true representation of the peaceful teachings of Islam.

Some other notable prophecies which are also not be taken literal is the breaking of the cross and killing of the swine. It’s literally impossible for the Promised Messiah and Imam Mahdi to go around the world physically breaking cross and killing swines. What that metaphoric prophecy meant is that, Hazrat Mirza Ghulam Ahmad (as) was going to present supreme arguments which will break the misconception that Jesus died on the cross, and Alhamdulillah it was fulfilled, the Ahmadiyya Muslim Community has clearly established that under Divine plan, Jesus survived the crucifixion, he didn’t die on the cross, the cross is broken. Hazrat Mirza Ghulam Ahmad (as) has also presented supreme and philosophical arguments to show why the flesh of swine is unwholesome for consumption.

Truth is one, and will forever prevail. May the Almighty God open our hearts to the truth of Islam Ahmadiyyat. May God have mercy on us and bless us all, Amen!!! 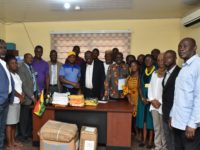 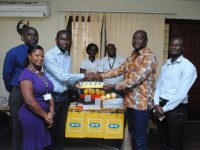 MTN supports Hajj Board with phones, airtime & 85% discount on data 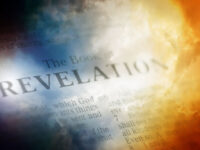 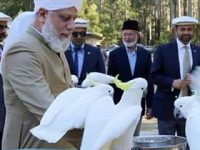 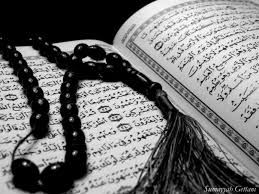 “How the Vatican created Islam”