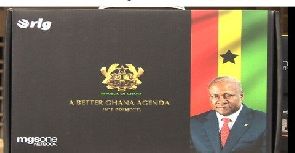 Environment, Science and Technology Minister, Prof Kwabena Frimpong Boateng has said, an agreement has been reached with RLG Limited to refund an amount of GHc6.3 million after the company failed to produce 12,733 laptops for the state.

The company was awarded a contract to from government to procure 103,181 laptops for the state, and was paid GHc51, 257,500 to that effect. However, the Auditor General’s Department in a report suggested that only 90,448 laptops were provided by the company.

Appearing before the Public Accounts Committee, Prof. Frimpong Boateng said the company has agreed to refund the money although the agreement was not captured on paper.

The Minister at the sitting said, “We want [an] outright payment… ideally, this amount should be paid with interest, but then there were going to pay the original amount without interest over a period of months or over a year, and we were not sure whether they will keep to their promise because they failed the Ministry many times in the past.”

“The way forward as I had said, suggested that we write to them about the specifications, that should be a good start and we will communicate the response to the committee,” he told the Public Accounts Committee when asked the way forward in retrieving the money.

Meanwhile, Rlg has challenged claims by the Environment, Science and Technology Minister that it owes government over ¢6 million for breaching a contract to supply a remaining 12,000 laptops to government.

According to letters written by the company, some of which were cited by members of the Parliament Accounts Committee, Rlg insists it has honoured its obligation by supplying 3,000 higher spec laptops to make up for the 12,000 lower spec laptops it failed to supply under the free laptop distribution policy contract it signed with government in 2010.