The Ashanti Regional Minister, Dr. Samuel Sarpong, has expressed satisfaction with the proposed severance package from management of the Obuasi Mine of AngloGold Ashanti to workers to be affected by the intended retrenchment exercise anytime soon.

The Regional Minister noted however, that government is critically scrutinizing the redeployment proposal submitted to it by management of the company before taking the final decision on whether or not to give approval for it to be carried out.

Speaking to the GBC at Obuasi in the Ashanti region after meeting management of AngloGold Ashanti to know at first hand, what measures are being put in place by the company in line with its retrenchment exercise, Dr. Sarpong said the proposed severance package could enable the affected miners to live better economic lives even upon their redundancy saying, for a retrenched worker to receive about 60 thousand Dollars, means the beneficiary can make meaningful investment out of it.

The Regional Minister commended AGA and the Obuasi Municipal Assembly for collaborating to find alternative livelihood for staff of the AGA to be sent home as part of an amendment programme to rejuvenate one the major gold mining companies in Ghana, which has been negatively affected by external production factors.

Dr. Sarpong advised the workers to be affected, if the exercise is implemented, to make prudent investment with their packages to secure their future.

Already, the Obuasi Municipal Assembly has created a 40-acre land bank at Baakoyeden, one of the suburbs of the municipality, for the establishment of a light industrial area to accommodate not only workers to be affected by AGA’s retrenchment programme for investment, but to bring together all artisans within the Municipality.

The Assembly has already extended electricity to the area, prepared a layout and also started constructing the road network to make the place habitable and conducive for business activities.

The Municipal Chief Executive, Richard Ofori-Agyemang Boadi, said, the Assembly has a responsibility to ensure that the concerned workers make proper investment with their severance packages which could range between 120 thousand Ghana Cedis and 300 thousand Ghana Cedis to avert a situation where the monies would be sent outside the area.

It is for such reasons that the Assembly will seek technical expertise of the Suame Magazine Development Organization, SMIDO to develop the proposed Obuasi Light Industrial Area to the status of Kumasi Suame Magazine to also create more employment avenues and revenue sources for socio-economic development of the Obuasi Municipality.

Mr. Ofori-Agyemang noted that the Assembly is repositioning itself to take advantage of the AGA amendment programme to diversify the economy of Obuasi from its current over reliance on mining which has posed a bleak future for revenue generation and employment. 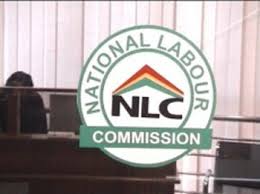