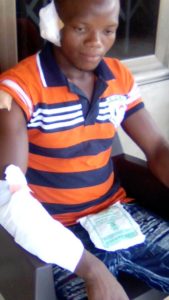 Residents living near Tanoso Dominase are desperately appealing to the Asantehene Otumfour Osei Tutu II to step in and resolve a raging land dispute that has already cost a life and threatens to get more people killed.

The several acres of land lie between Tanoso-Dominase and Boaso in the Ashanti region.

Rawgist.com’s investigations reveal that a land surveyor was brutally murdered on the land four years ago by land guards allegedly put on the land by another chief; Kofi Bimpong II who is laying claim to the stretch of land.

Abusuapanyin Akwasi Agyeman, who represents Oheneyere Ama Serwaa spoke to rawgist.com. He claims that the land belongs rightfully to their family and showed documents to that effect. He accuses the chief of Boaso; Kofi Bimpong II of being illegitimate. He also explains that Kofi Bimpong II has no business at all encroaching on the stretch of land but is employing all dubious means and scare tactics to sell off chunks of the land. “He is doing so because he has realized we don’t have enough men in our family”, he lamented.

“Oheneba Adusi –Poku who is the Kingmaker for that area has denied naming him chief of the area, so he is holding 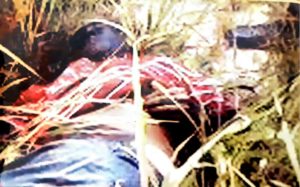 himself up as chief”.

The new twist to the whole saga is that another young man; Mohammed was recently attacked viciously with machetes on the same stretch of land and left for dead only to be found barely surviving and brought home.

Mohammed who is still recovering explains that he had been sent by his boss to produce concrete blocks together with others on a parcel of land which forms part of the disputed land. Whiles diligently working, a group of men armed with machetes appeared, destroyed their equipment and started cutting him until he lost consciousness.

A case was lodged with the Abuakwa Police and a medical form issued. Mohammed laments that though he has made it clear he is able to identify his assailants and has gone ahead to mention such to the police, no one has been arrested as part of any investigation into the matter.

Abusuapanyin Akwasi Agyeman is unhappy with the manner in which the police has so far handled the whole matter citing several instances where he suspects the police has been unfair to them.

Abusuapanyin Akwasi Agyeman explains that the matter has been brought before Otumfour who in his power has asked that no one does anything on the land until he rules. He says he is worried that the other faction continues to flout the King’s order with impunity. “He flouted the great King’s order before and was fined but continues to sell the land to people”, Abusuapanyin cried.

He explained that Oheneyere Ama Serwaa; the Queen of the area is traditionally, the wife of the Asantehene and cannot be allowed to be treated so unfairly especially as the land in question was given her by her “husband” the King.

He also decries the violence and bloodshed on the stretch of land and cries that Otumfour steps in to lay matters to rest once and for all.

rawgist.com will continue to update cherished readers as the story unfolds and more discoveries are made. 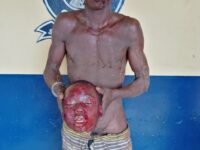 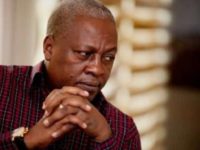 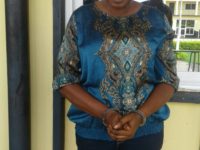