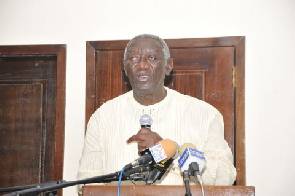 The former President of Ghana, John Agyekum Kufuor has rallied members of the New Patriotic Party to consciously recruit party people with technical and other backroom competencies to help make the party vibrant.

According to him, the world at this stage required the infusion of technology in the way things are done and the party that rightly patterned itself with this skill will always lead the way.

Speaking at the party’s national delegates conference in Cape-Coast last weekend, the former President tasked party leaders as well as executives to recruit people with Information Technology IT) background into the backroom offices of the party’s branches.

This, he stressed will ensure that proper strategies are designed in the backroom and deployed by the party in its outdoor movement and party organizations.

EFFORTS:
Mr Kufuor charged party members to work with much more sacrifice so as to make the party attractive to the undecided.

He observed that the conduct of party members and government appointees will be the magnet that will draw more people in the party’s fold.

The former president encouraged party members who are government to work to ensure they create avenues of employment for others in the party.

He stressed more efforts are expended to build the party’s grass-root support base to make the party the most attractive in the rural areas.

According to him, it was important that party people resort to the conflict resolution mechanisms in dealing with matters that affect the image and people in the NPP.

This, he stressed was better than going on radio or outdoor platforms to seek to deal with matters of disagreement in the party.

He tasked the party members to ensure by their conduct the NPP becomes the obvious choice for people in the country. 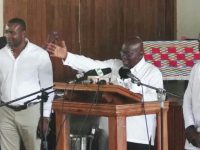