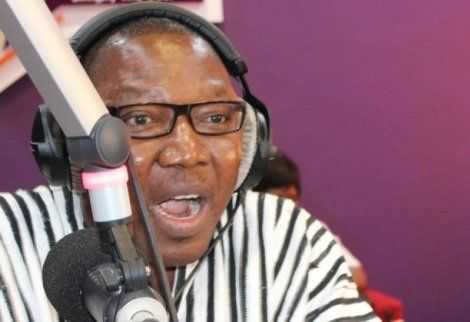 Mr. Akufo-Addo’s relentless effort to impugn the stellar and celebrated reputation of Mr. Daniel Yaw Domelevo, the Auditor General he crudely hounded out of office, at every opportunity is embarrassing.

This unholy crusade exposes him as a President determined to fight those who are fighting corruption, be they heads of constitutional bodies in office or out of office, ordinary citizens or investigative journalists.

There can be no doubt that Mr. Daniel Yaw Domelevo remains the most effective, courageous and truly independent Auditor General we have had so far in the history of the 4th Republic.

The real reason why Mr. Akufo-Addo hounded Mr. Daniel Yaw Domelevo out of office is well known. His only crime was that he had the courage to give effect to his mandate, including surcharging the then Senior Minister, Mr. Yaw Osafo Marfo, for the payment of 1 million dollars to Kroll and Associates for no work done.

Shortly after Mr. Daniel Domelevo was forced to go on leave, and Johnson Akuamoah Asiedu took over as the Acting Auditor General, with unprecedented speed, the charge brought against the Senior Minister, Osafo Marfo, to refund the 1 million dollars to the state by Daniel Yaw Domelevo was reversed.

Akufo-Addo speaking   loftily about the current Acting Auditor General, Johnson Akuamoah Asiedu, is because he is comfortable with his way of doing things. However, let me state emphatically that the attempt by Mr. Akufo-Addo to eulogise the current Auditor General exposes him even further.

Akufo-Addo said, “The Acting Auditor General has demonstrated sufficient quality and independence of view. For instance, he is responsible for some things that are unheard of. In our history, the 12 statutory reports that have to be compiled and placed before Parliament in the year of Parliament, this is the first time it has ever been done.”

These claims is totally false and cannot be allowed to go uncontested:

1) The Auditor General is not required to present /submit a specific number of reports to Parliament on an annual basis;

2) All previous Auditor Generals’ have met the constitutional requirement over the years;

3) The current Auditor General rather submitted the 2019 reports to Parliament in October 2020, four months after the required date, 30th June 2020.

Posterity will judge Mr. Daniel Yaw Domelevo positively. He was hounded out of office because he was determined to fight corruption, truly protect the public purse, something Mr. Akufo-Addo was/is opposed to by his actions since he and his Vice President, Dr. Bawumia, took over the governace of Ghana on January 7th, 2017.

Dr. Clement Apaak
M.P for Builsa South and Member of the Public Accounts Committee of Parliament. 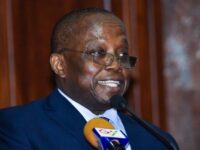 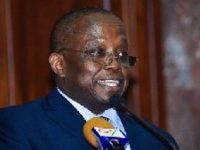