According to the Constitution of Ghana “every child has the right to be protected from engaging in work that constitutes a threat to his health, education or development.” According to Ghana Living Standards Survey (GLSS 6) which was released in August, 2014, it is indicated that 1,982,553 (21.8%) of children aged between 5-17 years out of over 8 million population were engaged in child labour there are more ……. child labourers in Ghana. This is unacceptable.

The World Day AGAINST Child Labour is an occasion first launched by the International Labour Organization in 2002, as part of the global advocacy arrangements to highlight the plight of children in hard labour and to serve as a catalyst for the growing worldwide movement against the trend. The occasion calls for efforts by all countries, organizations and individuals to consider the menace of child labour, especially across the developing world, as an unacceptable anti-social phenomenon, which must be eliminated.

The persistence of the menace of child labour of which sexual exploitation of children is crucial is rooted in poverty, trafficking, child migration, child marriages, teenage pregnancy etc.  As a result of these challenges, many children are deprived of basic human rights and thus they are not enjoying their rights and freedom, leisure, inability to grow in a family certain. In the naught shell their best interest is not achieved. There is the urgent need for African Region to advocate for the prioritization of the Sustainable Development Goals (SDGs) target 8.7.

Child labour is clearly different from acceptable work which is a way of socializing children into adulthood developing country like Ghana that believes in education as a tool capable of transforming the lives of all children. Child labour constitutes unacceptable work for children because the child is either deprived of education, unable to grow in a healthy condition or the working conditions exposes the child to occupational, health, and environmental hazards, as well as long hours of work with associated detrimental effects to the child’s total development. It is a serious development problem with local and global consequences. As such the UN Agenda for Transformation included a target for the elimination of all forms of child labour by 2025 which is an indicator for achieving economic growth and decent work- SDG target 8.7.

The Ghana Living Standards Survey (GLSS 6) which was released in August, 2014, indicated that 1,982,553 (21.8%) of children aged between 5-17 years out of over 8 million population were engaged in child labour. This remains a critical national issue. The Situations have therefore compelled these children to choose out-of-school as their place of work. This is unacceptable!!! Even though challenges have been identified as factors which facilitate child labour and these include cultural, educational and economic factors, where children are expected to supplement efforts for the sustenance of families by engaging in manual job opportunities. But children engaging in commercial sexual exploitation is not part of our culture, very unethical and doesn’t bring any hope and development to the future of these young teenage girls. Commercial Sexual exploitation of children being a worst form of child labour with its devastating consequences is also targeted for elimination under NPA 2. The consequences relating to teenage pregnancy, streetism, drug menace just to mentioned a few needs immediate attention from all stakeholders. The similarities of Africans need stronger collaboration not only from government but the private sector, the media and all stakeholders who have a role to play.

African cannot afford to fail its next generation and all hands should come on board. 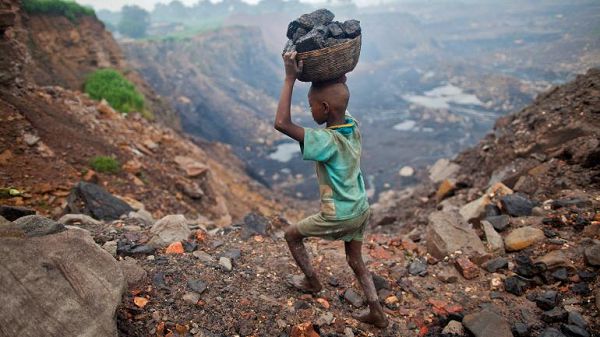 In Ghana, the Ministry of Employment of Labour Relations is currently addressing the challenges of the menace through the implementation of the National Plan of Action Phase II (NPA 2) which was launched in May 2018 towards the Elimination of Child Labour which is focusing on an integrated Area-Based Approach (IABA) approach towards creating Child Labour Free Zones (CLFZ), as indicated in the National Development Policy Framework (NDPF).

Successive governments and stakeholders have not relented on their efforts to combat child labour in Ghana. These efforts are evident in the numerous legislations, Policies, Programmes and projects, as well as strong institutional arrangements that seek to protect children’s rights, promote their development and prevent them from getting trapped child labour. Effective collaboration between government agencies, tripartite constituents, CSOs, NGOs, private sector, international organisations, etc. will be a step in the right direction.

In this period of Covid 19, where child labour is likely to increase and continue to put children at risk, the time has come for us to intensify and be passionate about the implementation of the four (4) main broad strategic objectives of the second National Plan of Action for the Elimination of Worst Forms of Child Labour (NPA 2) if as a matter of fact, we want to eradicate child labour from our society now and forever. The objectives are as follows;

In conclusion, the key to the fight against child labour resides in the effective implementation of NPA2. My humble appeal to all Lead Agencies (i.e. Government Departments and Agencies) is to commit human, logistic and financial resources to the implementation of their respective roles in the plan. That is the way to achieve our collective efforts in this Covid 19 period, it is now or never.  I further appeal to all other stakeholders including the media, religious and traditional leaders to strengthen their collaboration to attain effective and efficient collaboration with the Lead Agencies to enable us achieve SDG Target 8.7 and other SDs which seeks to the welfare and development of children in Ghana and beyond.

Congratulation to Ghana for your collective efforts. Long live Ghana!!!! 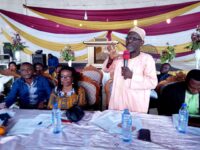 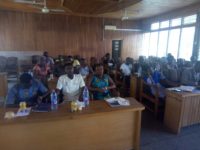 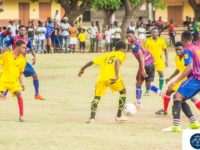 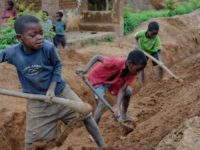