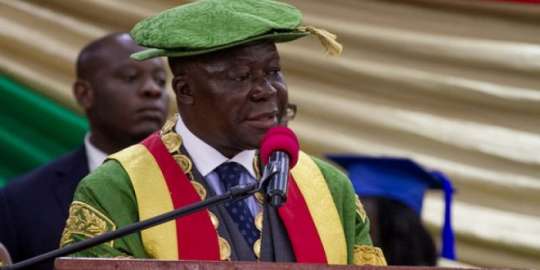 The Asantehene who doubles as the Chancellor of Kwame Nkrumah University of Science and Technology (KNUST), made this statement in the presence of the Education Minister, Dr. Mathew Opoku Prempeh during the 52nd graduation ceremony on Saturday.

According to him, the project which ‘began in 2008 with a lot of funfair’, has come to a halt due to inadequate funding. Otumfuo was however quick to add that the education minister has given him the assurance that he will ensure the completion of the Teaching Hospital but is saying it openly for the minister to expedite action on the issue.

Speaking at the ceremony, Dr. Mathew Opoku Prempeh stated that his ministry will make sure the project is completed.

The revered chancellor also called on the government to support the University by providing more infrastructures. He opined that building of more hostels will help resolve accommodation challenges facing KNUST students.