MzVee may be tiptoeing but she ain’t slowing down MzVee is one Ghanaian act that can easily be defined as the complete package. The young singer has mastered the abilities required to make great records and send any crowd into frenzy.

MzVee was billed to perform on 3 major stages over the weekend, this immediate got a group of people talking; questioning her ability to maintain energy and thrill crowds on all stages. Some clearly stated that she would be too fatigued to kill all shows and others speculated that she may not appear on all stages.

However MzVee failed to disappoint her core fans, who went out and bought themselves tickets for all events.

Patrons of the Tigo Music Unplugged which featured other heavyweights like Sarkodie, Davido and Shatta Wale, were kept thrilled by MzVee, as she stormed the stage with energy, dishing out her many hitsas her crowd sang along.

MzVee’s next stop was the televised Miss Malaika finals, she brought the roof down, as she performed energetic dance routines with her dance troops, keeping her audiences on their feet throughout.

The last show was the Legends and Legacy Ball which celebrate a legend of our time, Kojo Antwi. MzVee had lost her voice and was probably fatigued but this didn’t matter, as MzVee honored the legend in a classy way and had the crowd dancing and cheering. She managed to prove skeptics wrong and maintain her star quality.

If we all remember clearly, MzVee was the Under-dog that emerged from a disbanded girl band, but her hardwork is fast walking her into the hall of legends, she may be tiptoeing but she ain’t slowing down. 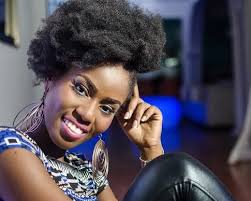