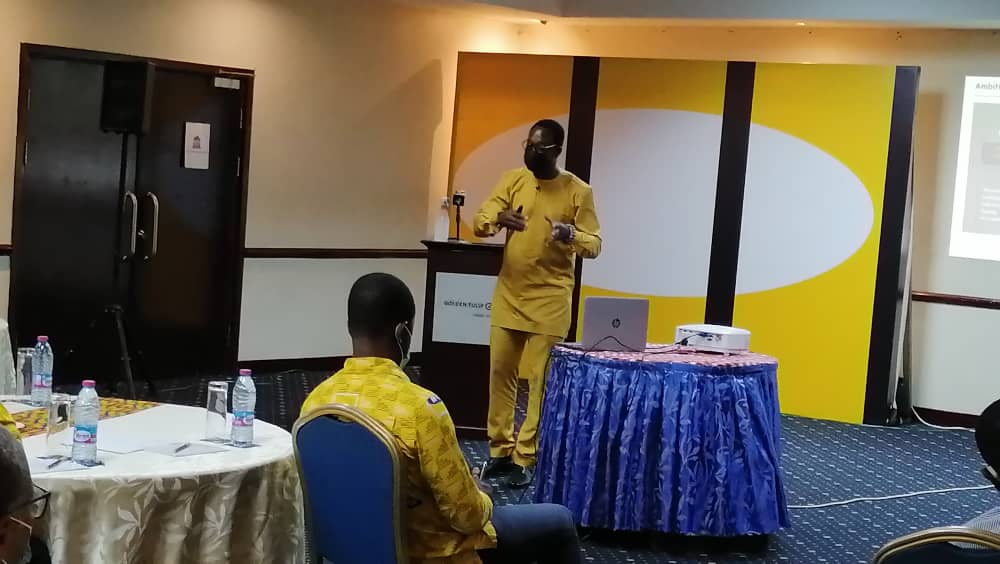 MTN Ghana has set her sights on attaining 98% 4G coverage by end of 2022. Currently, the telco has attained 73% 4G coverage. Ghana’s biggest telecommunications company is also modernizing her infrastructure and working with regulators towards 5G readiness with the expectation that 5G technology will be in operation in Ghana by 2023.

MTN’s CEO; Mr. Selorm Adadevoh who addressed journalists in Kumasi as part of MTN’s annual Ashantifest Media Forum held at the Golden Tulip Kumasi City revealed that MTN Ghana has over the 25 years of her existence invested over $6bn in her infrastructure with 2021 seeing the highest investment in a year of over $200 million. He hinted that 600 new 4G sites are being put up along the modernization of 1322 sites with 5G readiness this year. 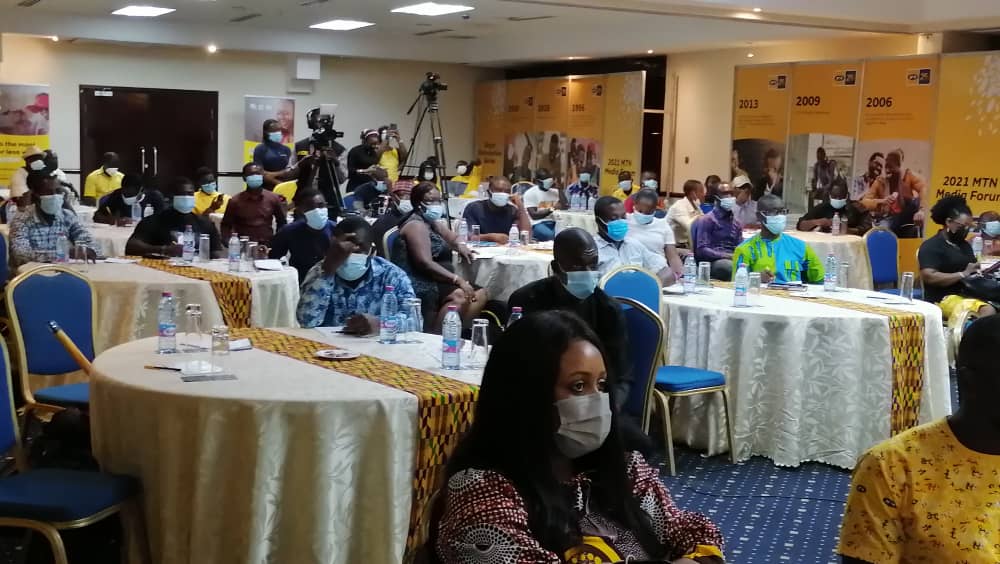 A cross-section of journalists at the MTN Media Forum

Touching on some of MTN Ghana’s achievements and contributions to the national economy, Mr. Adadevoh stated that MTN has directly and indirectly created over 500, 000 jobs while contributing about 6% of total national tax revenue amounting to GHC2.6 billion. “Of that, there was National Fiscal Stabilization Levy where MTN contributed about 21% (GHC101 million)” he said and added that MTN Ghana also contributed about 70% (GHC289 million) of the Communications Services tax.

He recounted that the MTN Ghana Foundation has also implemented 87 projects in Education, 52 in Health and 13 in Economic Empowerment and added that there is more MTN can do.

He said MTN has done a lot of research on ICT Hub Project and have a model for recommendation. He also spoke on the Accra Innovation City Project which seeks to drive innovation and bring people with innovative ideas together to start businesses with MTN providing facilities for the takeoff of such businesses.

He also hinted that MTN has a three year commitment of GHC10 million to the Girls in ICT extended partnership to bring more girls into ICT.

“The future is about relevance, not only as a company but also as a people…” he concluded.

Some journalists were awarded with Mobile Phones for their longstanding relationship with MTN Ghana. 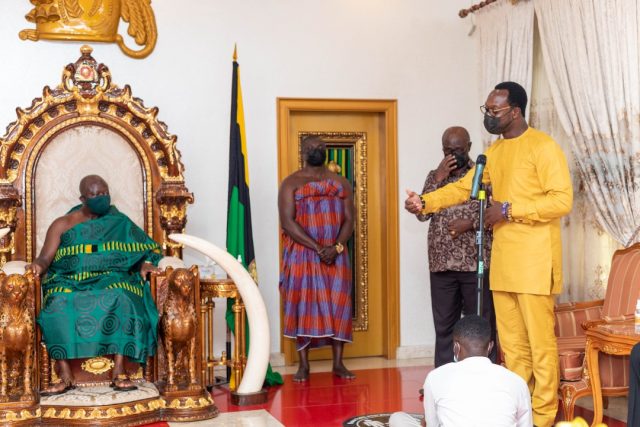 The CEO, after the Media Forum paid a visit to the Asantehene; Otumfuo Osei Tutu II where he donated an amount of GHC100, 000 to the Otumfuo Education Fund. 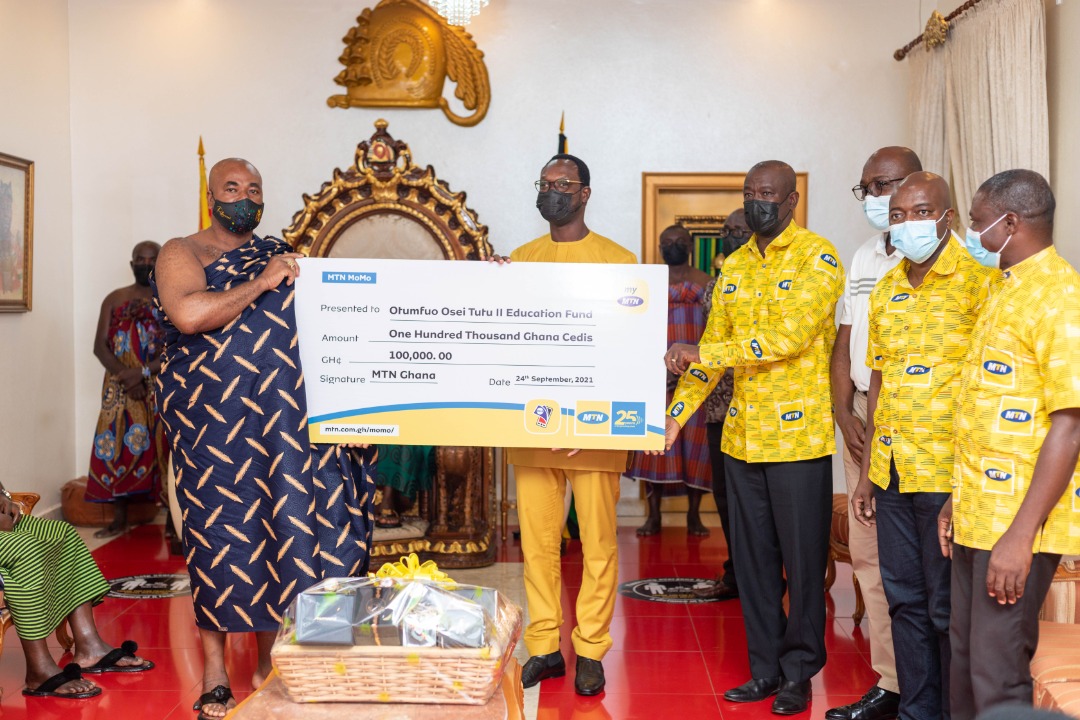 MTN CEO and other officials presenting the cheque