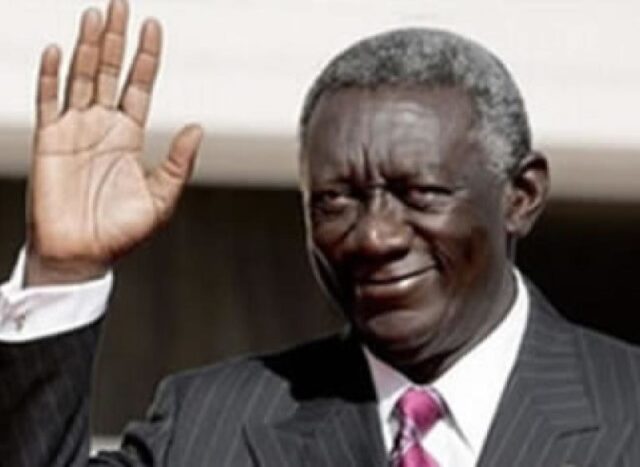 Born 8 December 1938, John Agyekum Kufuor is a Ghanaian politician who also served as Chairperson of the African Union from 2007 to 2008.

He was a minister in Kofi Abrefa Busia’s Progress Party government during Ghana’s Second Republic, and a Popular Front Party opposition frontbencher during the Third Republic.

He married Theresa Kufuor in 1962; they have five children together. Kufuor and his family belong to the Roman Catholic Church and is a Senior Grand Warden of the United Grand Lodge of England Freemasons. 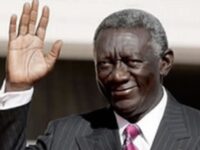 Why is former President Kufour quiet over fake elections?-Yammin