Assistant Black Stars captain, Andre Dede Ayew, has touted the credentials of striker Asamoah Gyan, saying even at a half fit level, the captain is an asset to the team.

Moments after Ghana had beaten Algeria 1-0 with an injury time strike from captain Gyan, Dede showered praises on the striker, who had his first action at this African Cup of Nations (AFCON), after being down with malaria earlier in the week.

“Even if we don’t have a 99 or 100 per cent fit Gyan, he is good enough and an inspirational leader. We are really happy to have him back,” Ayew said at the post match press conference.

“We missed him in the opening match even though we tried hard to win. His return tonight was important and we are happy to see him back. He has proved what a worthy leader he is.”

Dede Ayew said beyond being relieved about the win, the feeling was undescribable, saying the spirit of the Stars was too strong to be conquered when they were determined.

“We did not anticipate losing our first game, so when it happened, it was a wake-up call. We told ourselves it would not happen again and we had to fight to redeem that pledge.

While celebrating their victory which has put the Stars back in contention for a place from Group C into the quarter finals, the assistant captain said there was one more match to be played and that would engage their attention.

“We set out to do this job. It has been delivered, but qualification is not sealed yet. There is one more match to be played and we will focus on that,” he told the press in Mangomo. 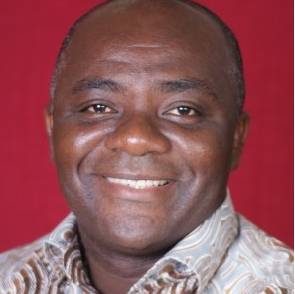 I am still consulting – Addai Nimo 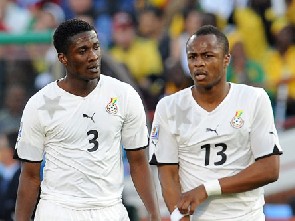