When will municipal officers, police, chiefs and everyone else start to identify and understand the “silent killer” that lurks and hunts the health and wellbeing of Ghanaians?

I have wasted so many photocopies and much money in trying to alert people to the extreme dangers of noise but almost no one listens. Often I get a reply like “We are Africans, we are tough”. If this be the case then why is hypertension, heart disease and diabetes so rampant amongst Ghanaians. Noise can cause all of the above so medical science tells us.

A student collapsed at a freshers’ party and died after complaining the loud bass music was ‘getting to his heart’, an inquest heard yesterday.

Tom Reid, a 19-year-old university student who died at a freshers party

Tom Reid, 19, was taken ill in a crowded London club after standing close to the speakers and telling a friend: ‘The bass is affecting me.’ There was no trace of alcohol or drugs in his body and his heart was in good condition.

A coroner recorded a verdict of natural causes, saying the straight-As student was killed by sudden arrhythmic death syndrome (SADS), a heart disorder which kills 12 young people a week.

Cardiac experts said the bass could have triggered SADS if Mr Reid had underlying, yet unknown, genetic problems.
On September 27, he had gone to Koko nightclub in Camden, north London, for the party, dubbed Night Of Mayhem.

His friend Alisha Riseley told the inquest they were pushed towards the speakers. She added: ‘Tom said he felt like the bass was getting to his heart and we went to stand at the back.’

He told her: ‘My heart feels funny. I think the bass is affecting me. Oh God, I feel very weird. My heart is beating so fast.’

They went to see the club medic but, while Mr Reid considered whether to call an ambulance, he collapsed. ‘He suddenly leant to the side and keeled over as though he fainted,’ Ms Riseley told St Pancras coroner Dr Andrew Reid.
Paramedics tried to restart his heart but within two hours he was declared dead in hospital.

Dr Reid said: ‘I hope some lessons may be learnt from his tragic death.’

Ellen Mason, senior cardiac nurse at the British Heart Foundation, said: ‘Some genetic conditions that cause SADS can be triggered by stress or noise. He was suddenly exposed to a lot of loud noise and it’s highly possible that this caused the attack.’ 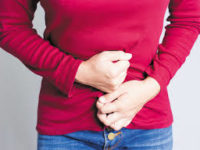