A 27-year-old unemployed man is in police grips for posing as a heart surgeon and deceiving the law enforcement agents that his Toyota Highlander vehicle had been robbed by some unknown persons.

Dr. Kwame Frimpong Boateng, who claimed to be working at the Komfo Anokye Teaching Hospital (KATH) in Kumasi, went missing after reporting his ‘stolen’ vehicle to the police on April 1, 2014.

Police checks at KATH revealed that there was no heart surgeon at the medical facility by name Dr. Kwame Frimpong Boateng.

This made them suspicious of something fishy and so they started to hunt for the imposter.

On November 26, this year, the police had information that the self-styled heart surgeon was at Adum, a suburb of Kumasi, so the law enforcement agents rushed there and arrested him.

Chief Supt. George Tweneboah, the Kumasi Central Divisional Commander, said upon interrogation the suspect admitted that he was not a medical doctor, adding that his real name is Kwame Frimpong Boateng.

He also confessed that it was not true that he was robbed of his Toyota Highlander by some unknown robbers at gunpoint as he earlier reported to the police on April 1, 2014.

Chief Supt George Tweneboah said the police had charged the suspect for impersonation and deceit of public officer and would be arraigned before court very soon.

Delving deep into the case, he said on April 1 this year, Kwame Frimpong Boateng, who claimed to be a medical doctor at KATH, reported to the police that some unknown hoodlums had robbed him of his Toyota Highlander.

The self-styled heart surgeon claimed in his report that his attackers were wielding locally manufactured guns and machetes when they took away his car at the GRIDCo area in Kumasi.

Chief Supt Tweneboa said the police accompanied Frimpong Boateng to the supposed crime scene and alerted all police stations and checkpoints in the region about a stolen Toyota Highlander.

After reporting the case to the police, Frimpong Boateng surprisingly vanished into thin air, so the police rushed to KATH with intent to locate him to assist them in their investigations, only to be told that he did not work at the hospital.

The suspect, who stays at Bontefuo Tetrem near Nkawie in the Ashanti Region, was eventually nabbed. 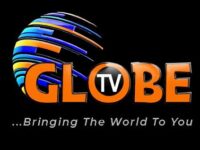 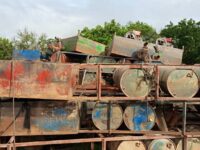 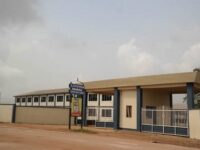