Hon. Kweku Agyeman Manu, Chairman of the Public Accounts Committee (PAC) of Parliament has asked the ruling National Democratic Congress (NDC) government led by President Mahama to bow its head in shame for turning to the International Monetary Fund (IMF) for a bailout. According to the former Deputy Minister of Finance in the erstwhile Kufuor administration, President Mahama and his predecessor, the late President John Evans Atta Mills are the cause of the country’s economic woes.

He attributed the decision to seek a bailout from the IMF on the leakages in the public purse and government’s excessive expenditure; adding that Ghanaians must fasten their belts for harsh conditions since the bailout is not going to result in any immediate economic relief.

“It will take time to start reaping the benefits of the bailout but for now, Ghanaians must fasten their belts for the harsh conditionalities from IMF bailout; the bailout has its consequences on the country and the first repercussion on the country is the dismissal of the unprofessional teachers also known as ‘pupil teachers’…..many harsh conditions will follow later and so Ghanaians should expect difficult days ahead; we are helping the government to tell the truth to Ghanaians,” he stated on Okay Fm’s Ade Akye Abia Morning Show.

Though nothing can be done to stop the IMF bailout, Hon. Kweku Agyeman Manu professed that the solutions to address the economic woes of the country are to seal the leakages in the public purse and reduce government expenditure.

He hinted that the Minority in Parliament’s stern warning about the agenda to lay workers off have started with the dismissal of the “pupil teachers” as a means to reduce the wage bill, which is a requirement of one of the IMF conditionalities.

“NDC government should not be happy that they are going for bailout from IMF because they are the cause of the economic woes of the country. We said that NDC government will lay workers off as a mean to reduce the wage bill that IMF will require of us. They have started following the conditions of IMF, and the example is the dismissal of the “pupil teachers”….former President Kufuor made arrangement for the pupil teachers to be trained in Distance Learning and did not sack them,” he chided. 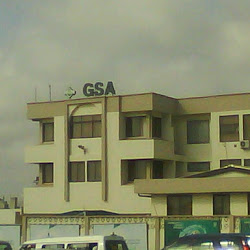 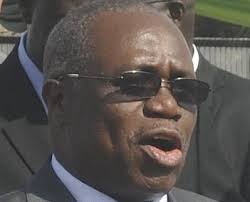