A twitter user has shared an emotional story about how a little girl was negligently or perhaps deliberately left to die because her parents could not find money on time to facilitate her surgery after she allegedly swallowed a 20p coin.

According to the narrator identified as Helicopter Man, when the unfortunate incident happened, the unnamed girl was rushed to the Kole Bu Teaching Hospital overnight to be operated on.

An X-ray confirmed that the coin has blocked her throat which made if difficult for her to breathe. However the doctors and health personnel there refused to work on her until they see money so they only administered drip on her.

The saddest part is that when the parents finally brought the money, they were asked to wait for a doctor till 10 am but unfortunately, she passed on. 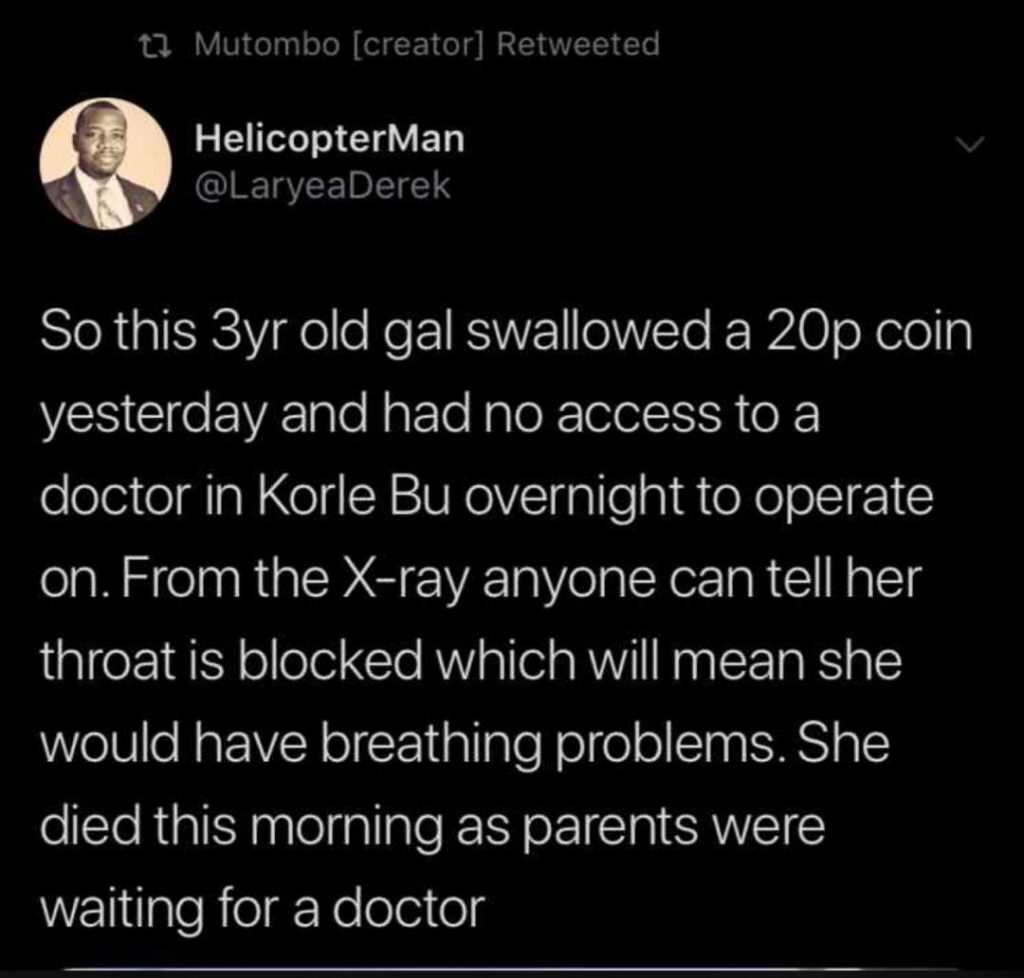 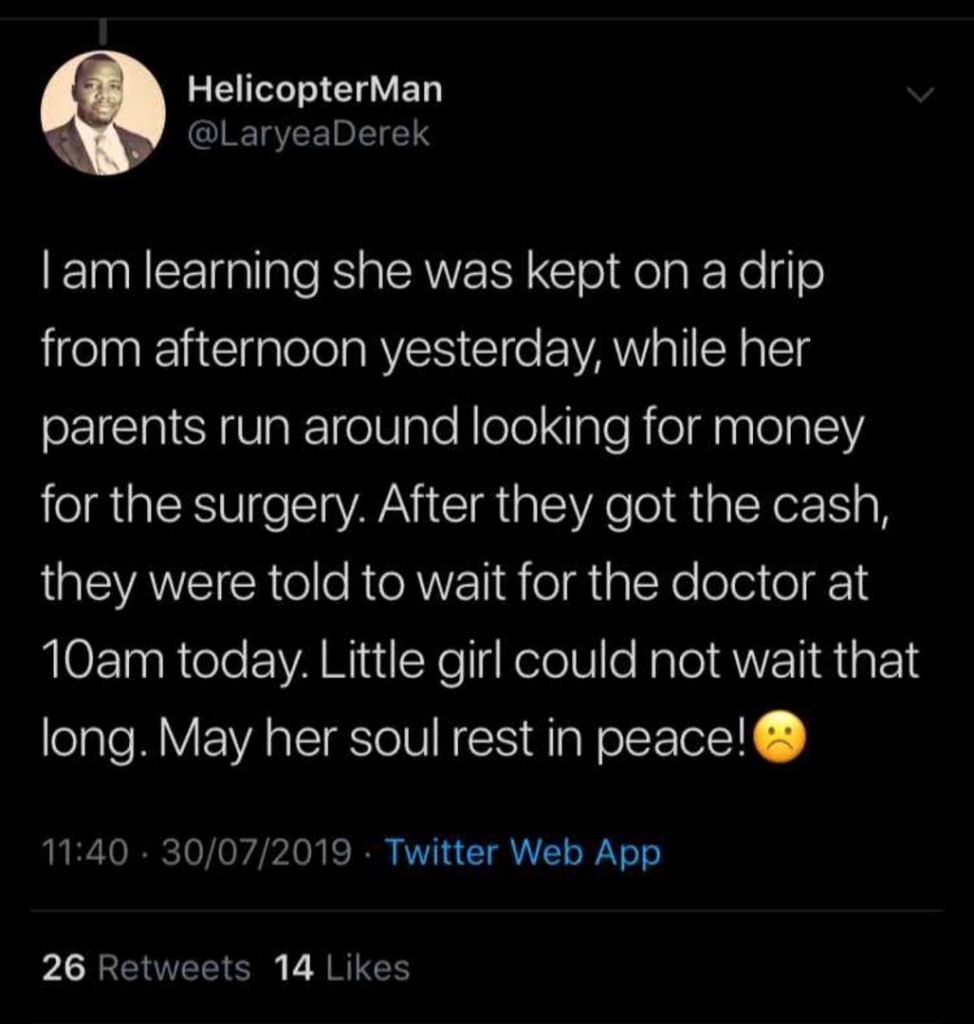 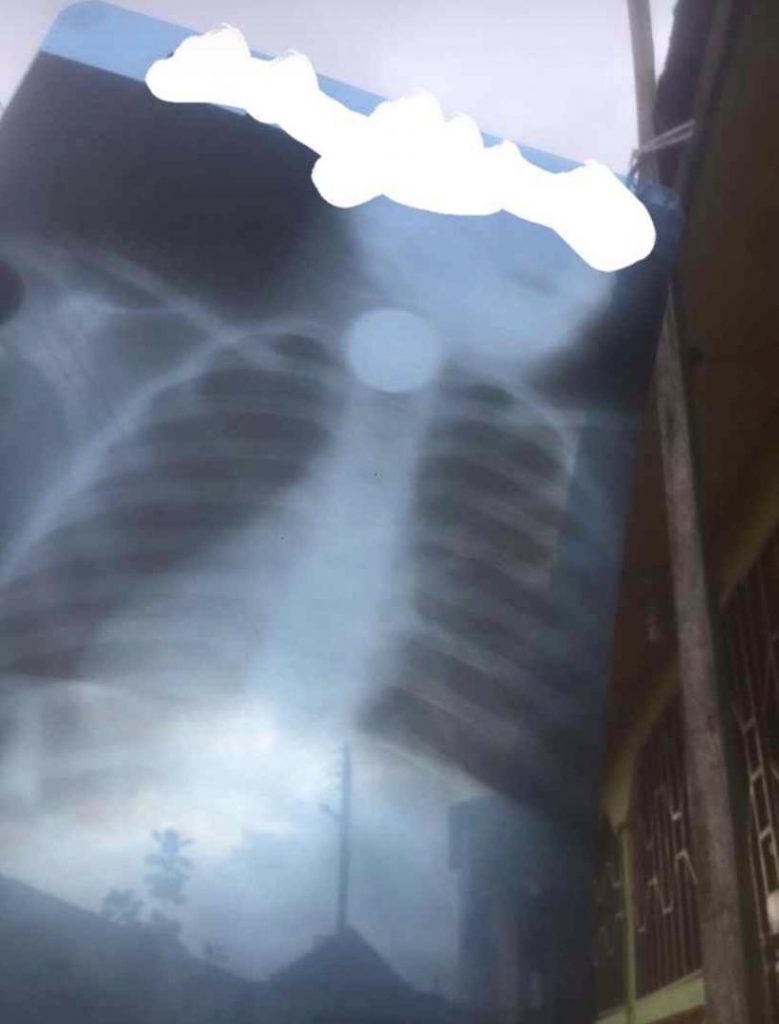