The tears shed by former Sports Minister Elvis Afriyie-Ankrah before the Justice Dzamefe Commission – which is probing the events that conspired to frustrate Ghana’s successful participation in the FIFA 2014 World Cup in Brazil – must not excuse any wrongdoing, Financial Analyst Sydney Casely-Hayford has said.

Afriyie-Ankrah could not hold back his tears during one of the hearings when he appeared as a Witness.

He got emotional when the Chairman of the Commission asked him about how he felt, as Sports Minister, when the senior national team, the Black Stars, threatened not to play their last group match until they had been given their appearance fee of $100,000 apiece.

His tears forced a hiatus during the hearing amidst a good doze of comforting by Justice Dzamefe, who repeatedly told the former Minister not to be “emotional” and “relax”. “We’re helping mother Ghana”, Dzamefe consoled.

Moments earlier, Afriyie-Ankrah told the Commission that the Black Stars “had been assured that they will definitely get their money before the next month. They were professionals and they knew that to win matches they had to prepare. Once they did not prepare adequately, it was going to affect their performance.

Apart from seeking to understand the circumstances that led Ghana’s abysmal performance at the Mundial, the Commission is also keen on unravelling how money was expended by officialdom – before and during the tournament.

Casely-Hayford told private FM station, Citi, Saturday that irrespective of the former Minister’s tears, any wrongdoing detected by the Commission, as far as Ghana’s participation in the football showpiece was concerned, should not be excused. 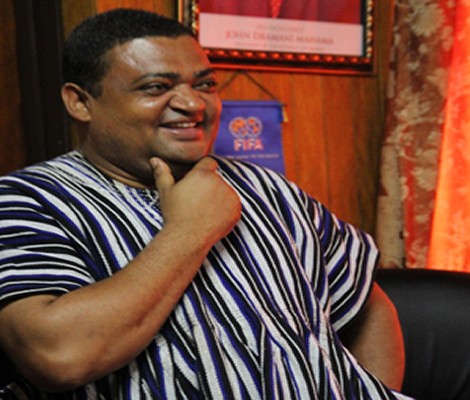