Bank of Ghana predicts stable cedi in 2nd half Bank of Ghana Governor Henry Kofi Wampah has predicted the cedi and the economy will stabilise in the second half of the year, when proceeds from Cocobod’s 2014/15 dollar syndicated loan for cocoa purchases are received by the central bank.

This year’s loan deal, which is estimated to be US$1.8billion and the highest Cocobod has raised in two crop seasons, will be used to purchase beans during the 2014/2015 cocoa harvest.

“This year we are expecting a bigger crop in terms of value because the price is higher than last year. It is going to be more than 50 percent higher than last year, so at least the second half of the year looks a lot better than what we have in the first half. I believe that we will see stability going forward,” Dr. Wampah said in an interview with the B&FT.

The local currency has fallen rapidly in the first four months of the year after Ghana’s current account deficit worsened to unsustainable levels and the fiscal deficit remained high at 11 percent of GDP.

Major import industries such as car dealerships have borne the brunt of the currency’s slide, which has also pushed up inflation to a four-year record while damaging business confidence.

The Governor said the cedi has seen some stability over the past few weeks, and that the BoG is still monitoring the impact of its extraordinary policies to stem its steep decline.

The latest of the policies, announced last month, was an increase in the cash reserve requirement of banks from 9 percent to 11 percent of deposits. It followed an earlier hike in the central bank’s policy rate and tighter regulations on the use of foreign currencies in domestic transactions.

“We will review [the measures] at our next meeting and see how developments are. Based on that, if we need to take any additional action, we will,” said Dr. Wampah.

Asked whether further tightening of monetary policy is on the cards, he replied: “I can’t tell if there will be further tightening. It is not a decision by me alone but a committee that will meet and review all the issues”.

The BoG’s next monetary-policy meeting is likely to take place in June.

Last year’s cocoa syndicated loan of US$1.2billion will purchase 850,000 tonnes of cocoa beans in the ongoing season which began in October 2013. Cocobod had previously estimated an output of 830,000 tonnes.

5 banks crash: Bank of Ghana takes over with Consolidated Bank 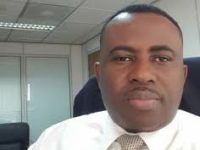 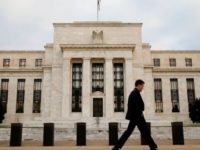 Federal Reserve upbeat on US economy as it holds rates