Folks, permit me to begin today’s article with a brief history of the Gonja Kingdom. The official title of the Gonja Traditional Paramountcy is Yagbonwura which means Owner of a large household. The founder of the Gonja Kingdom was Sumaila Ndewura Jakpa. Currently, Yagbonwura Tuntumba Boresa 1, known in private life as Sulemana Jakpa is the King and Overload of the people of Gonjaland.

With President Mahama as a Gonja, I found it interesting when Opana and yaanom crowned him Naa Dumsorwura. What a fantastic name! If he is the Owner and Overlord of dumsor, then praise the Lord! This is becoming scientifically interesting, an Overload of dumsor has an absolute control over dumsor and can turn it around at will. He can end it, and will end it! And as much as the end of the energy crisis seem indeterminate to some people, I am optimistic it will end in a few weeks.

Hehehehe, did I hear the NPP incessantly talk about dumsor? In fact, they are as guilty as sin when it comes to dumsor, and this is quite incontestable. As the NPP pillory President Mahama for dumsor, could they reminisce their inability to produce enough power within their 8-year term in office without an agonizing pang of shame?

Between 2001 and 2008 when the NPP was in power only 80 MW of electricity was added to the national grid. This was not done by the NPP government but by a consortium of mining companies. There is an annual 12% increase in the demand for electricity. This means that there is the need to add about 200 MW annually to catch up with the demand, so, the NPP ought to have added a total of 1600 MW within 8 years in power instead of 80 MW; this leaves a shortfall of 1420 MW. We are now shedding an average of 700 MW, therefore, if the NPP had done their homework well we would have by now had about 700 MW extra power for export. I know the NPP is going about arguing that they started the Bui Dam, but if it is only about starting then Nkrumah deserves the credit not them.

I think we must be realistic of this seemingly insuperable energy crisis and support government in its effort to end it soonest. But having said that, please permit me to broach a subject that government seem to be avoiding – privatisation of ECG. This inextricable mess must be dealt with at once, and we have two choices. Either maintain ECG and suffer or privatise it and live in comfort. The ECG has been an abject failure and a burden; I will explain.

The world’s standard transmission and distribution losses for electricity is 10%. China has 8% and OECD countries (Economic Cooperation and Development) has just 7%. According to the World Resources Institute (WRI) figures, Ghana’s electricity grid has the highest transmission and distribution losses in the world with a whopping 30%, meaning an unbelievably 20% of the power we produce can’t be unreasonably accounted for. This translates into 540 MW which is more than what the emergency power barges the government is bringing on board as a short-term measure will give us. The cost of these power barges could have been saved. And as government is targeting a medium term electricity production of 5,000 MW, we should not forget that 1000 MW would be lost by courtesy of ECG.

With all these deficiencies, running ECG has been disgracefully expensive; their staff are sinfully rich! An investigation by the Insight newspaper in its 21st June, 2013 edition unearthed that for the year 2013, a Head of Department for the Electricity Company of Ghana (ECG) took home a mouth-watering GHC24,228.44 per month. Part of the publication also reported that a private secretary took home GHC5,943.33 per month.

It is also an open secret that some district officials of ECG deliberately put off power during funerals and only restore it after they have been bribed. Please tell me! Which private company will tolerate such nonsense and tomfoolery? It is reasonable to state that ECG is not a prudent company in the best of circumstances. The labourer must be worthy of his hire.

I don’t – like dumsor – no one does – but we need to tamp down the anxiety. We must keep moving and keep hope alive, there is no time to gawk and lolligag. Let’s allow the Dumsorwura to do the magic. He is the Overlord of dumsor and has the wherewithal to fix it. He is not looking at a temporary cure whereby the crisis will keep recurring as has happened in the past. The good news is that load shedding in Ghana is about to be buried for good. A total of 1023 MW of energy will be available in a few weeks’ time.

The breakdown is as follows: Karpowership 225 MW, AMERI 250MW, KTPP 220MW, TICO Expansion 110MW, TTPP38 MW, Asogli Phase 2 180MW. Never doubt the young man from Bole when he says he will fix the problem. Yes it true that it has taken years for the crisis to end, but there is an adage in Akan which says that whenever a woman spends much time in the bathroom it is an indication that she is making herself neat and attractive. A permanent solution for dumsor is here, thanks for the transformational leadership of the Dumsorwura. 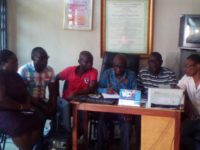 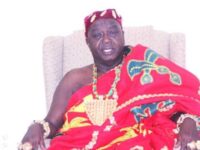 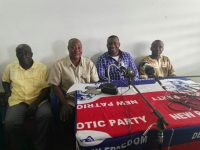