AFCON U20 FINAL: GHANA VS UGANDA- ALL OR NOTHING FOR BLACK SATELLITES

From nearly exiting the competition and now on the verge of winning it, what a massive turnaround it has been for the Black Satellites of Ghana!

If there’s anything that this current Ghana youth team has shown in the ongoing Under 20 AFCON in Mauritania, it’s their sheer grit and determination to prove everyone wrong when written off. They’ve come from staring down the barrel of a gun to having their fingers firmly placed on the trigger.

Karim Zito’s side started their campaign in a barnstorming fashion, visiting mayhem on a hapless Tanzanian side and threatening to run amok in Group C.

A stalemate against Morocco was followed by a disappointing 2-1 loss to Gambia leaving the three time African champions teetering on the edge of elimination.

They only progressed as one of the tournament’s best third-placed teams and faced a herculean task in red hot favourites, Cameroon who boasted a 100% record from their group and the tournament’s meanest defence.

The former world champions surprised everyone including themselves by claiming Cameroonian scalp in the quarterfinals and were rewarded with an opportunity to avenge their defeat to Gambia in the semifinals.

It was the Ghanaians who had the last laugh, inflicting a painful 1-0 defeat on their West African neighbours to snatch a ticket to the final.

Today, Ghana goes in search of her fourth title in nearly twelve years in what would be her sixth appearance in an African Youth Championship final against Uganda who are making a maiden appearance in the final thus find themselves somewhat in unfamiliar territory.

The East Africans won’t be mere pushovers for their illustrious opponents. The Hippos finished second in Group B, saw off Ghana’s northern neighbour Burkina Faso in the round-of-eight and thrashed Tunisia 4-1 in the semis. Just as Ghana, the Ugandans have only lost a game in this competition should not be underrated.

Inspiration would not be in short supply for the Ghanaians when it comes to winning this trophy.

Firstly, becoming champions on Ghana’s Independence Day would have a special feel to it and would give their compatriots home and abroad an additional cause to celebrate.

Secondly, they can look to the class of 2009 on how winning set them on the path of greatness.

Lastly, they will enhance their CVs and reap the financial benefits.

Standing between the Black Satellites and glory are coach Morley Byekwaso and his charges who would be relishing the role of party poopers.

The Black Satellites must have at the back of their minds that history always remembers the winner, the loser is forgotten. 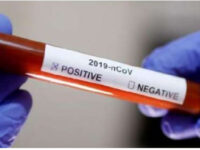 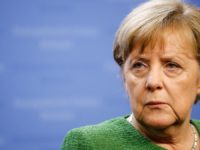 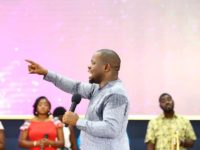