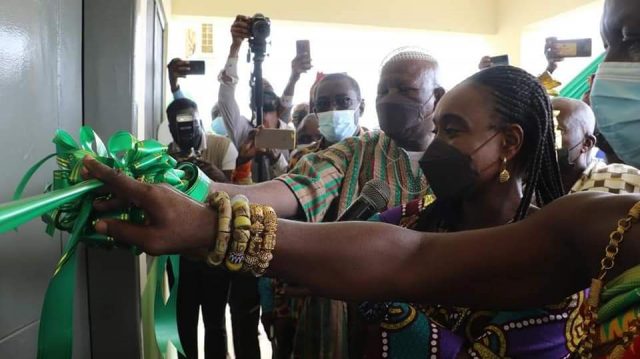 Hon Abena Osei-Asare, Deputy Minister of Finance and MP for Atiwa East being assisted by the Deputy Health Minister to unveil a plaque to one of the facilities

The cost of the two CHPS Compound is about GHS 1.3million and has been designed with a Main Clinic, two 1-Bedroom staff facility.

The facility also has a 2-Bedroom partment for staff.

At an elaborate ceremony, the two officials assisted by the Chiefs and people of the two communities cut the tape to inaugurate the centers for operations. 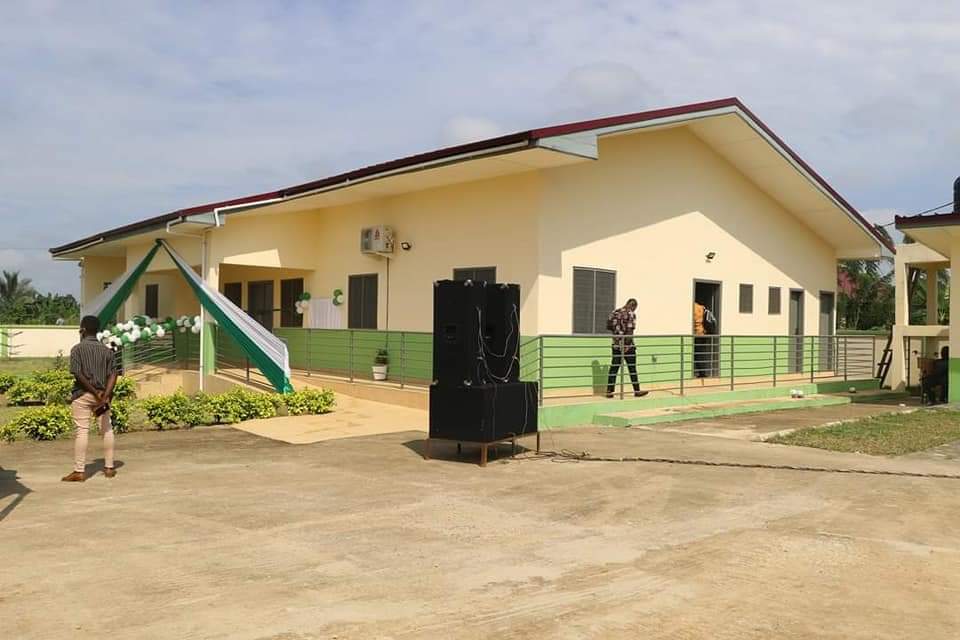 One of the two CHPS Compounds

DETAILS:
The two CHPS Compound consist of an Out-patient Department (OPD) as well as a 10-seater capacity waiting area.

They also have Ante-natal consulting rooms and a counselling room.

The facilities also have treatment rooms as well as a mini laboratories.

They also had a 4-bed ward, delivery units with a 2-bed lying-in and  boreholes with water pumps. 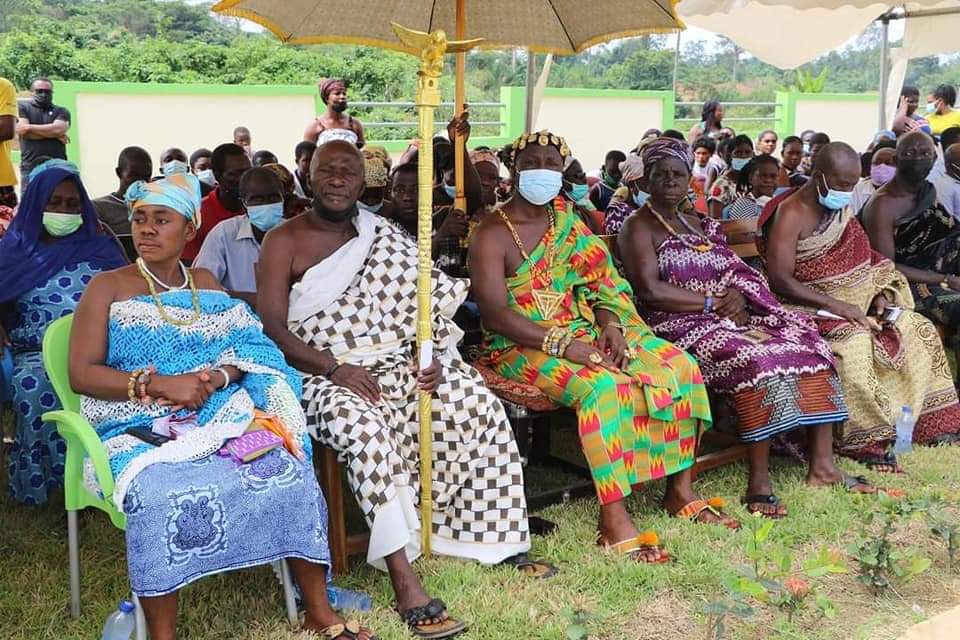 Chiefs and people of Atiwa East seated at the commissioning ceremony

ADDRESS:
Addressing the Chiefs and People of the two areas, Hon Abena Osei-Asare said the NPP government was committed to enhancing the welfare of Ghanaians.

On her part, she noted that she was fully committed to the Atiwa project.

She therefore asked the chiefs and people to support her and the President so that together they could  work for a sustainable Ghana.

“Together let’s support the government of the New Patriotic Party so that we could build a sustainable Ghana where the current and unborn generations would become proud of”, the Deputy Minister and MP for Atiwa East intimated.

DEPUTY MINISTER FOR HEALTH:
On his part, the Deputy Minister for health tasked the facilities management to ensure they maintain both the standards of care and services.

He also called on them to carry out periodic maintenance of the compounds to ensure they last long.

Hon Seini also noted the desire of government to resource such facilities and build similar ones across the country particularly in hinterlands to take care of all health cases and emergencies. 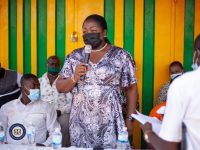 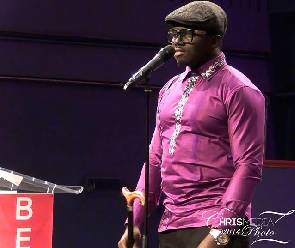