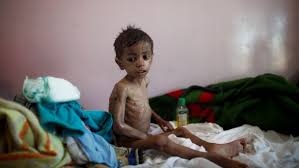 Yemen faces the world’s largest famine in decades “with millions of victims” if aid deliveries are not resumed, a senior UN official has warned.

Mark Lowcock, the UN under-secretary general for humanitarian affairs, urged the Saudi-led coalition to lift its blockade of the conflict-torn country.

On Monday, the coalition shut air, land and sea routes into Yemen after Houthi rebels fired a missile at Riyadh.

The ballistic warhead was intercepted near the Saudi capital.

Saudi Arabia said the blockade was needed to stop Iran sending weapons to the rebels.

Iran denies arming the rebels, who have fought the Saudi-led coalition since 2015.

Mr Lowcock was speaking on Wednesday, after briefing the UN Security Council on the issue behind closed doors.
“I have told the council that unless those measures are lifted… there will be a famine in Yemen”, Mr Lowcock told reporters.

“It will be the largest famine the world has seen for many decades with millions of victims.”

Earlier this week, the UN and the Red Cross warned that a “catastrophic” situation threatened millions of Yemenis who relied on life-saving aid deliveries.

The Red Cross said its shipment of chlorine tablets, vital to combating a cholera epidemic which has affected more than 900,000 people, had been blocked.

The UN says seven million Yemenis are on the brink of famine.

The country relies on imports for virtually everything civilians need to survive, but now neither food, fuel nor medicine can get in.

More than 8,670 people – 60% of them civilians – have been killed and 49,960 injured in air strikes and fighting on the ground since the coalition intervened in Yemen’s civil war in March 2015, according to the UN. 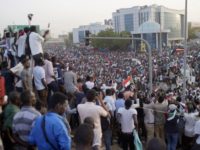 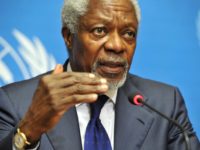 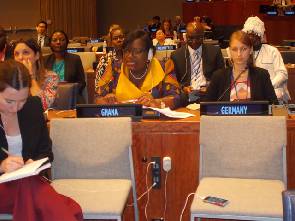