Ghana News-Joseph Yammin has disagreed with the principle of affirmative action in politics.

He says no problem will be solved by reserving slots for any section of society as far as political processes go.

“I disagree with anyone who says slots should be reserved for people of a certain region or tribe or even women”, he states emphatically.

Joseph Yammin was responding generally to an assertion attributed to Nana Akomea that some slots within the New Patriotic Party’s hierarchy be left for people from northern Ghana since the party risks having only Akans at her National leadership front.

“Nominations are opened but none is bold enough to step forward, and nobody is stopping them from manning up to pick forms to contest”, he said and explained that there is the risk of denying folks who have also availed themselves and who have actually worked hard towards same in preference of chicken hearted people who are too scared to put their best leg forward.

He cited an example that there are Professors and more knowledgeable folks who could talk on issues for the party but would not do so for fear of insults. These people would however expect that those who avail themselves and take the insults step aside for them in the name of affirmative action. “This cannot be fair”, he told rawgist.com’s Bernard Buachi. 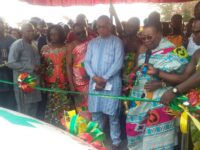 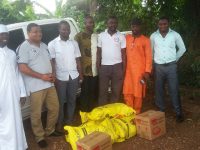