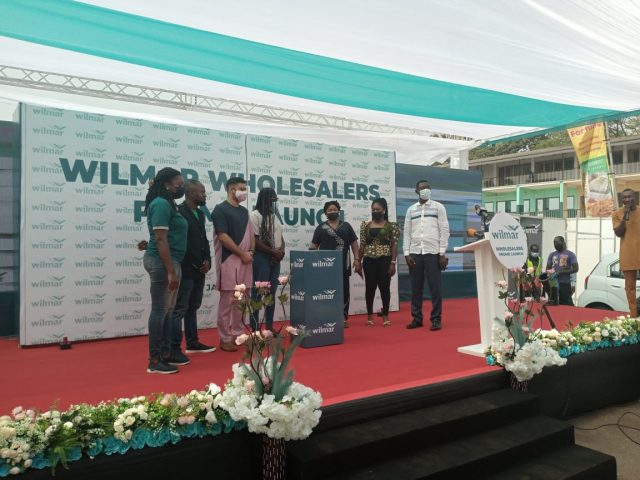 Wilmar Africa, producers of frytol cooking oil and fortune rice last Friday in Kumasi launched their fourth promotion to encourage both wholesalers and consumers of their brands.

The promotion is to ensure that those who work to sell more as wholesalers are rewarded for their hard work.

Consumers have also been promised of quality products by the Wilmar group.

Speaking at an elaborate launch named “Aky3de3 Soronko Promotion”, Patrick Sarpong, Head of Trade and Marketing for Wilmar Africa said the company wants to show appreciation to its wholesalers across the country.

DETAILS:
Giving the rationale behind the promotion, Mr Sarpong noted that the current economic conditions across the world due to Covid-19 has made trading and selling difficult.

This, he said has affected its distributors and wholesalers as well as others on the supply chain.

Wilmar Africa, he therefore revealed, is using this promotion to reward its wholesalers and retailers who can sell between 400 to 1,950 cartons of its products.

Those who sell within 400, 900 and 1,950 cartons would receive shopping vouchers every month to the tune of 2million cedis as the promotion runs.

The best wholesalers across the country, the Sales Manager disclosed would qualify to enter a draw for a chance to have a vacation somewhere beyond Dubai or Abu Dhabi.

APPRECIATION:
Mr Nicholas Donkor, a wholesaler with Wilmar Africa said it was encouraging to see their supplier think of plans to reward them for the work they do

He noted wholesalers have had tough times since the outbreak of Covid-19 but was positive that this promotion will turn their fortunes around as they are determined to sell more of the products available.

Madam Abigail from Ohwimase said she was beneficiary of the third Wilmar Africa promotion that sent some wholesalers to Dubai.

Wilmar Africa plans to conduct road shows and food tours across the country to publicise the promotion and to ensure consumers become more aware of tbe quality products they have to offer on the market.