A harbinger of the apocalypse, it is believed that Kalki will bring about the destruction of the world when mankind has completely abandoned religion, “when nothing is known of the techniques of sacrifice, even by word.”
Kalki is the final incarnation of the Hindu god Vishnu, who is predicted to come “like a comet and carry a terrifying sword for bringing about the annihilation of the wicked barbarian men at the end of the Kali-yuga” (Sri Dasavatara Stotra, 10th Sloka). The Kali-yuga
According to Hindu belief, universal time is comprised of four great periods, or yugas: Satya-yuga, Treta-yuga, Dvapara-yuga, and Kali-yuga. Currently, humans are living through the Kali-yuga period, which is roughly 432,000 years long. This period began after the Battle of Kuruksetra during the end of the reign of King Pariksit, some 5,000 years ago. Therefore, there are approximately 427,000 years of the Kali-yuga left before Kalki is said to come.

o    Mysteries of the Kingdom of Shambhala
o    The Secret Substance Soma: Bringing Human Beings Closer to the Gods

At the beginning of the Kali-yuga, 3102 BC, the Lord Krishna disappeared from the earth, leaving a golden age for humans in his stead. This era of glory is predicted to last 10,000 years until the shortcomings of man supersede the legacy Krishna left behind. Thereafter, the lesser qualities of human nature, particularly their greed and materialism, will grow in strength. People will lose all interest in spiritual matters and those devotees who still cling to the Gods will be ridiculed and persecuted – “hunted down in the cities for sport like animals” (Knapp, 2016). Bhalka, Near Somnath, Gujarat, India. The place where Lord Krishna is said to have left for his heavenly abode in 3102 BC. (CC BY-SA 4.0)

Bhalka, Near Somnath, Gujarat, India. The place where Lord Krishna is said to have left for his heavenly abode in 3102 BC. (CC BY-SA 4.0)
Things are then said to go from bad to worse. Governments and police will become rife with corruption, human decency will erode, and there will be neither protection nor solution to crimes of all types. Everyone will fight with and against each other – there will be constant war. The world will become terrible. It is said to become a place where people are only born to suffer and chaos will abound.

Kalki Purana Prophecies
The Kalki Purana prophesizes that the materialistic adherents of the Kali-yuga will be Kalki’s main targets:

“All these relatives [agents] of [the personification of the age of] Kali are the destroyers of sacrifice [religious ritual], study of the Vedas, and charity because they transgressed all the Vedic principles of religion. They are the reservoirs of mental distress, disease, old age, destruction of religious principles, sorrow, lamentation, and fear. These descendants of Kali are found wandering everywhere throughout the kingdom of Kali, destroying the people of the world. Such people are misguided by the influence of time, very restless by nature, full of lusty desires, extremely sinful, very proud, and violent even to their own father and mother. [Even] those who are known as twice-born [spiritually initiated] are devoid of all good behavior, without any observance of proper etiquette, and always engaged in the service of the lowest classes.” (Knapp, 2016)

The Kalki Purana also describes what will happen to the priests – those who were supposed to keep the faith pure and strong:

“These fallen souls are very fond of dry arguments, and they use religion as a means of livelihood, teach Vedic knowledge as a profession, are fallen from the execution of their vows, and sell wine and other abominable things, including meat. They are cruel by nature, and very fond of gratifying their bellies and genitals. For this reason, they lust after the wives of others and are always seen to be intoxicated.” (Knapp, 2016) The Return of Kalki
After 432,000 years, the Kali-yuga is said to be brought to an end by the return of Vishnu/Krishna in the avatar of Kalki, the 22nd incarnation of God. Riding on the Devadatta, his noble white steed, Kalki will come down from heaven brandishing a fiery sword (the Weapon of Parabrahman) to kill the Godless and the wicked. “

Lord Kalki, the Lord of the universe, will mount His swift white horse Devadatta and, sword in hand, travel over the earth exhibiting His eight mystic opulences and eight special qualities of Godhead. Displaying His unequaled effulgence and riding with great speed, He will kill by the millions those thieves who have dared dress as kings.” (Srimad-Bhagavatam 12.2.19-20)

Kalki and his horse. (Public Domain) Things will be so bad at this point, that his arrival will be seen as a blessing for the few remaining holy people who persevered and survive in caves and in the wilderness. Kalki (whose name can be translated to be ‘destroyer of foulness,’ ‘destroyer of darkness,’ or ‘destroyer of ignorance’) will then usher in another Satya-yuga. This will be an age of truth and righteousness.

The Second Coming of Christ
The mythos surrounding Kalki has clear parallels to the eschatology of other major religions, notably the Christian beliefs surrounding the second coming of Christ. As Revelations 19 reads:
“11Then I saw heaven opened, and there was a white horse! Its rider is called Faithful and True, and in righteousness he judges and makes war. 12His eyes are like a flame of fire, and on his head are many diadems; and he has a name inscribed that no one knows but himself… 15From his mouth comes a sharp sword with which to strike down the nations, and he will rule them with a rod of iron; he will tread the wine press of the fury of the wrath of God the Almighty…19Then I saw the beast and the kings of the earth with their armies gathered to make war against the rider on the horse and against his army. 20And the beast was captured, and with it the false prophet who had performed in its presence the signs by which he deceived those who had received the mark of the beast and those who worshiped its image. These two were thrown alive into the lake of fire that burns with sulfur. 21And the rest were killed by the sword of the rider on the horse, the sword that came from his mouth; and all the birds were gorged with their flesh.” (Rev 19:11-21)

Theories about how the world will come to an end can be found in belief systems all around the world. Much like they hold theories on the beginnings of humanity, so to do religions have ideas on its demise. 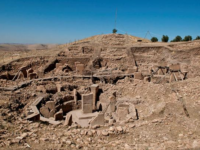 Prehistory Decoded at Gobekli Tepe: From a Cataclysmic Event Dawns the Origin and Perhaps the End of Civilization 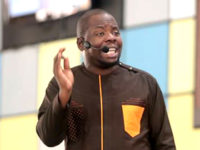 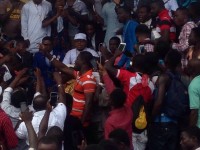 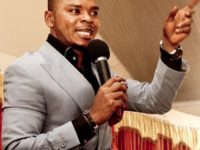