What Is the Mandela Effect? 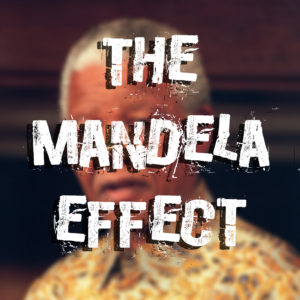 The Mandela Effect refers to a situation in which a large mass of people believe that an event occurred when it did not. Looking at the origin of the Mandela effect, some famous examples, as well as some potential explanations for this strange confluence of perceptions can help to shed light on this unique phenomenon.

The name “Mandela Effect” began when it was first coined in 2009 by Fiona Broome when she published a website detailing her observance of the phenomenon. Broome was at a conference talking with other people about how she remembered the tragedy of former South African president Nelson Mandela’s death in a South African prison in the 1980s. In fact, Nelson Mandela did not die in the 1980s in a prison—he passed away in 2013.

As she began to talk to other people about her memories, she learned that she was not alone. Other people remembered seeing news coverage of his death as well as a speech by his widow.

Broome was shocked that such a large mass of people could remember the same identical event in such detail when it never happened. Encouraged by her book publisher, she began a website to discuss what she called the Mandela Effect and other incidences like it.

Examples of the Mandela Effect

The story of Nelson Mandela is not the only example of this type of false group memory. As the concept of the Mandela Effect grew along with Broome’s website, other group false memories began to emerge.

People had a memory of a painting of Henry VIII eating a turkey leg, though no such painting has ever existed. There have, however, been similar cartoons created.

Luke, I Am Your Father

If you saw Star Wars: Episode V—The Empire Strikes Back, you probably remember Darth Vader uttering the famous line, “Luke, I am your father.”

You might be surprised to learn, then, that the line was actually, “No, I am your father.” Most people have memories of the line being the former rather than the latter.

Mirror, Mirror on the Wall

If you watched Snow White and the Seven Dwarfs, you probably remember the line, “Mirror, mirror on the wall, who’s the fairest of them all?” You may be shocked to learn, then, that the line actually began with the phrase “Magic mirror on the wall” instead.

There is some controversy over the spelling of the famous brand of hot dogs, Oscar Mayer weiners. Some people claim to remember the brand being spelled “Meyer” instead of “Mayer” (the correct spelling).

Where is New Zealand in relation to Australia? If you look at a map, you will see that it is southeast of the country. However, there is a community of people who claim to remember New Zealand being Northeast instead of Southeast.

The famous children’s book series the Berenstain Bears is not immune to the Mandela effect. Many people report remembering the name being the Berenstein Bears (spelled with an “e” instead of an “a”). This is similar to the Oscar Mayer issue and hints at perhaps an underlying cognitive reason for the Mandela Effect instead of parallel realities, as some people believe.

One of the most well-known examples of the Mandela Effect is the collective memory of a movie called Shazaam that starred the actor/comedian Sinbad in the 1990s. In fact, no such movie exists, although there was a children’s movie called Kazaam and some other coincidences that could help to explain how this movie became created (or remembered) in many people’s minds.

One theory about the basis for the Mandela effect originates from quantum physics and relates to the idea that rather than one timeline of events, it is possible that alternate realities or universes are taking place and mixing with our timeline. In theory, this would result in groups of people having the same memories because the timeline has been altered as we shift between these different realities.

You aren’t alone if you think this sounds a little unrealistic. Unfortunately, the idea of alternate realities is unfalsifiable, meaning that there is no way to truly disprove that these other universes don’t exist.

This is why such a far-fetched theory continues to gain traction among the Mandela effect communities. You can’t prove it’s not real, so you can’t totally discount the possibility of it. For many people, the excitement of a bit of mystery to everyday life also likely comes into play.

If we consider a simple neuroscience explanation, the memory for Alexander Hamilton is encoded in an area of the brain where the memories for the presidents of the United States are stored. The means by which memory traces are stored is called the engram and the framework in which similar memories are associated to each other is called the schema.

So when people try to recall Hamilton, this sets off the neurons in close connection to each other, bringing with it the memory of the presidents. (Though this is an oversimplified explanation, it illustrates the general process.)

When memories are recalled, rather than remembered perfectly, they are influenced to the point that they can eventually become incorrect. In this way, memory is unreliable and not infallible.

This leads to the likelihood that problems with memory, and not alternate universes, are the explanation for the Mandela effect. In fact, there are a number of subtopics related to memory that may play a role in this phenomenon.

Post-event information: Information that you learn after an event can change your memory of an event. This includes event subtle information and helps to explain why eyewitness testimony can be unreliable.

Priming: Priming refers to factors that happen before an event affecting your recall of an event. For example, studies have shown that suggestions made by a researcher can affect participants recall. Priming is also called suggestibility and presupposition.

For instance, if you ask how short a person is, this influences people’s answers differently than if you were to ask how tall a person is. If you ask “Did you see the black car?” instead of “Did you see a black car?” you are making a suggestion that affects how people respond. In this way, misinformation affects your existing memories.

In essence, memories are vulnerable bits of information stored in the brain that can be changed over time. While we assume that our memories are accurate, this is not necessarily the case.

Confabulation: Confabulation involves your brain filling in gaps that are missing in your memories to make more sense of them. This isn’t lying, but rather remembering details that never happened. Confabulation tends to increase with age.

Role of the Internet

The role of the internet in influencing the memories of the masses should not be underestimated. It’s probably no coincidence that consideration of the Mandela effect has grown in this digital age.

The internet is a powerful way to spread information, and with this spreading of information comes the potential for misconceptions and falsehoods to gain traction. People then begin to create communities based around these falsehoods and what was once in the imagination starts to seem factual.

In fact, in a recent large study published in Science of over 100,000 news stories discussed across Twitter that had been contested over a period of 10 years, it was shown that hoaxes and rumors won out over the truth every time by about 70 percent. This wasn’t the result of manipulation or bots either—real verified accounts of real people were responsible for spreading false information.

This notion of the speed with which false information spreads on the internet could help to explain the Mandela effect.

As each person chimes in with their own experience or memory of an event, those false memories could affect the memories of other people, thus coloring them to remember the events in the same way.

Now that we have some more information about the underpinnings of the Mandela effect, let’s go back and consider one of the examples and see if we can understand how it came about.

For instance, Sinbad did star in other movies in the 1990s and appeared in a movie poster for the film Houseguest coming out of a mailbox (this looked similar to a genie, which could explain the association with the movie Shazam). Sinbad also dressed up like a genie for an event that he hosted in the 1990s.

When one person mentioned this movie Shazaam (likely on the internet), it altered the memories of other people who tried to recall the movies that Sinbad made from the 1990s. Online communities spread this information until it appeared to be factual.

This explanation is supported by evidence that remembering something repeatedly builds your confidence in the memory even if it grows more inaccurate over time. As more and more people provided incorrect details, these become incorporated into other people’s memories as facts and strengthened their conviction that they were correct.

A Word From Verywell

The Mandela effect continues to be hotly debated, despite reasonable evidence that it is more likely explained in terms of the fallibility of human memory than some form of parallel universes at work. Of course, we don’t know everything. As more incidents of the Mandela effect continue to occur, perhaps more research into the origins will shed light on the causes.