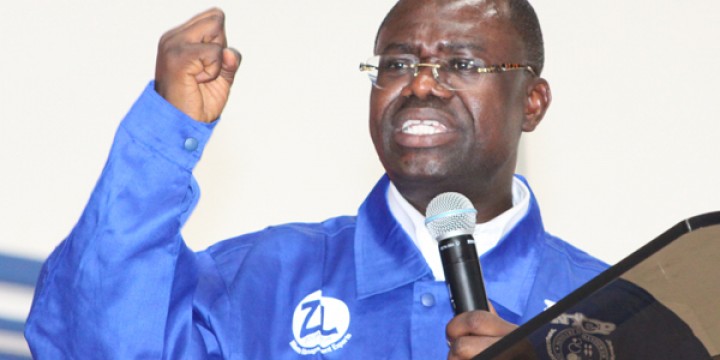 Speaking at the unveiling ceremony of some new waste collection trucks by his outfit, Dr Agyepong said Zoomlion stands with government in its determination to getting rid of waste in the capital city and other regions in the country.

Commending the President, the Executive Chairman praised the personal commitment of President Akufo-Addo in helping to deal with waste and insanitary conditions in Accra particularly.

According to Dr Agyepong, the decision by the President to carve out a whole ministry in charge of Sanitation speaks to his determination to deal with issues of Ghana’s environment.

‘’Zoomlion is committed to partnering with the President to achieving his vision of making Accra the cleanest city of Africa’’, Dr Agyepong stated.

Dr Siaw Agyepong mentioned the competence of Zoomlion in dealing with the waste menace in the country.

With the history and population dynamics as well as waste volumes that are generated in the country especially in Accra, the Executive Chairman maintained his outfit’s capacity to deal with the issues involved.

According to him, Zoomlion has skilled personnel and technology to handle the complexities of carrying and dealing with waste in the capital.

The Company, he insisted has over the period risen up to the challenge in conveying waste from one point to a central disposal location using tricycles, donkey driven carts and incinerators.

In 2016, Zoomlion donated 400 waste trucks and 5,000 motorized tricycles to the various Metropolitan, Municipal and District Assemblies in the country which generated about 200, 000 jobs for people.

The company at this event distributed 500 new skip trucks with requisite number of containers to enable MMDAs deal with waste they generate.

‘’It is instructive to know that Zoomlion possesses both the competences and capacity to deal with the volume of waste generated in Accra and other parts of the country and we have gotten the right equipment to help us do a good job for the people of Ghana as we aim to provide jobs to 300 people directly with this donation’’, Dr Agyepong intimated.

This support, she mentioned is aimed at helping local companies stand on their feet to carry out specialized operations they are noted for.

The waste menace in the capital, she stated is worrying but noted government’s decision to continue with efforts to getting it dealt with.

The decision to make Accra clean and devoid of filth and waste, Hajia Alima reiterated is the President’s desire.

‘’The President through the local government ministry as well as other related ministries is committed to ensuring we tackle waste and insanitary conditions in the country so we can wipe out malaria and other communicable diseases’’, the Local Government Minister intimated.