We Will Defect Should Alan Kyeremanteng Lose As the New Patriotic Party prepares to elect a new flagbearer to lead us for the 2016 general elections, it has opened up nominations for qualified persons to file and contest the primaries. In all seven people have filed for the contest including the favorite of the moment, the messiah to rescue the NPP from opposition, Alan Kyeremateng. we have spoken to tons of delegates across the country and they are moved by the campaign ‘ONE MORE CHANGE FOR POWER’ in favor of Alan that this makes us very confident of his winning as the party people want an innovative and charismatic leader and not some old used out good. There is a new awakening in the party, a new sensation and now everyone realizes the need to win power and get back into the government and help the suffering people of Ghana. It has become apparent that only a change in the leadership can get us the power that we seek as the Akufo-Addo brand is a failure ridden path that must be avoided. Alan has proposed to pay all party executives from polling stations, Electoral area coordinators constituency, ward and regional executives on full time basis; we have noticed how hollow and fickle minded people have attempted to bash the laudable and plausible proposal. Lazy minded people will quickly dismiss it because they lack the vision to make it happen, we know and believe in Alan and know he can deliver as he is very resourceful and rich. A lot of Akufo-Addo supporters have ridiculed the proposal and wonder how Alan can raise such money in a year to materialize the proposal, if their short god (Akufo-Addo) is poor enough and cannot come up with such money then they should shut up their trumps and blame their serial loser. It is clear that the Akufo-Addo reign of the party has been the most horrific, should Alan come in he will wake up all the dormant members who have gone into hiding because they know nothing good comes from Akufo-Addo. However should delegates refuse to vote for Alan then we want to state it with authority that we the over 38,000 members of the Get Alan Kyeremateng Elected ( GAKE) and our leaders and families will be left with no choice but defect from the party, it will show that our delegates lack common sense in judging good from bad ,as no person in his right senses will reject all that Alan is putting on board and vote for a good for nothing candidate who has brought the party nothing but pain, the party will perish if Alan is not given the nod. We will defect because we will be part of the senseless generation, its Alan Kyeremateng’s time and that must be. GAKE, One more change for power ……. Signed…… Katakyie Kwame Opoku Agyeman (National Coordinator) 0202471070, 0547851100 katakyienpp@yahoo.co.uk 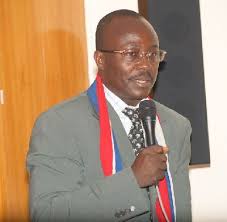 Tug Of War Over Alan K. In NPP …As Kow Essuman Poses Few Questions For Him!

NPP race: Alan, others mustn’t be forced out – Dan Botwe