This is one of the greatest goals the UEFA Europa League has seen and will ever see.

Harry Kane might have grabbed a hat-trick on a night where Tottenham Hotspur convincingly beat Asteras Tripolis 5-1 in the Europa League, but Erik Lamela’s goal made him the man of the show.

Lamela scored with an outrageous ‘rabona’-style strike, wrapping his left foot around his right leg to curl the ball in from 20 yards.

“It was a great goal, maybe the best by one of my players,” said Pochettino.

Asked about his lack of celebration, the Spurs manager said: “I only show emotion at home, and in my bed.”

What is a rabona?
A method of kicking the football with the kicking leg wrapped around the back of the standing leg, so it appears the player has their legs crossed

Soon after, a magazine front cover featured Infante dressed as a pupil with the caption ‘Infante played hooky’; rabona means to skip school in Spanish

Diego Maradona, Roberto Baggio, Gianfranco Zola and Paul Gascoigne are among the players who have performed a successful rabona during a game

Lamela’s magnificent strike was hailed by his team-mates as one of the best they have seen.

Striker Harry Kane, who hit a hat-trick as Spurs strolled to victory, said: “It was crazy. He’s got that in his locker and it was great for him to do it on the big stage.”

Defender Jan Vertonghen added: “I was stunned, for two minutes I was just thinking about that goal.

“It is 100% the best goal I’ve seen live. I’ve seen a lot of YouTube clips but I’ve never seen a goal like it. I think the Puskas award is already his.”

If only my words could describe this goal. JUST WATCH IT. 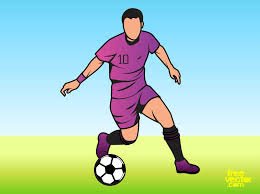