Head of planning at the Kwame Nkrumah University of Science and Technology says the KMA’s decision to use school children to plant one million trees by 2017 is not feasible.

The KMA mayor Kojo Bonsu announced in his sessional address three days ago that as part of efforts to restore Kumasi’s past glory as the garden city of Ghana, the Assembly will use school children to plant one million trees by 2017.

The trees are expected to be planted along driveways, school compounds, ceremonial routes and some selected open spaces.

However Head of Planning at the KNUST, Dr. Imoro Braimah says using school children for the exercise will not be feasible. He says the Assembly must rather make property owners plant trees in front of their buildings.

“I wouldn’t send my child to school only to find her along the street planting trees. The child must be in school. Who maintains the trees. They should look elsewhere “, he said. 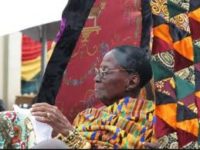