The Ashanti Regional executives of the UPP have suspended their Ashanti regional chairman of the party, Mr. Charles Cosby Armah for misconduct.

In a statement released by the Ashanti Regional Secretary of the party, Michael Dwomoh, the party has suspended Mr. Armah for making pronouncements on a Kumasi based Angel FM that the National Executive Committee has dismissed the National Chairman and Flagbearer of the party, Kwasi Addae (Odike).

Below is the full statement released by the Ashanti Regional Secretary of the UPP:

09/04/2016
PRESS RELEASE
THE ASHANTI REGIONAL CHAIRMAN FOR UPP SUSPENDED FOR SEVEN (7) MONTHS.
The Ashanti Regional Executive Council for the United Progressive Party (UPP) on this day 9th April, 2016 met at the party office on Kumasi to deliberate and discussed the way forward for our dear party. Upon this, the Regional Executive concluded on this two main Agendas.
1. SUSPENSION OF THE REGIONAL CHAIRMAN
The Council concluded that the Regional Chairman Mr. Charles Cosby Armah is hereby suspended for seven (7) months for misconduct.
It will be recalled that on the 18th March 2016, a group called themselves the NEC came out that they have dismissed the National Chairman/flag bearer of our party Mr.Kwasi Addae (Odike) and has also suspended some national Executives. Our investigation proved that Mr. Charles Cosby Armah granted an interview on Angel Fm as one of them without the knowledge of the regional executive. We therefore deem it as a betrayal and wrong move by the regional chairman. We therefore wishes to inform the Media and the general public that Mr. Charles Cosby Armah is hereby been suspended for seven months with immediate effect.
2. THE SO CALLED NEC IS UNCONSTITUTIONAL
The Ashanti Regional Executive Council disapproved, dismissed and disregard the so called NEC and their decision. Whatever meeting went on and the decisions taken by this group are unconstitutional.
Therefore Mr. Akwasi Addae ( Odike) is still at post as the National Chairman and the flag bearer of UPP and we strongly support him.
Thank you for your cooperation. 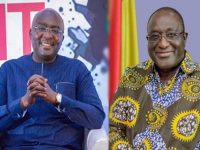 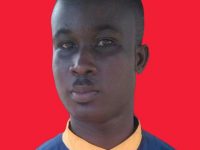 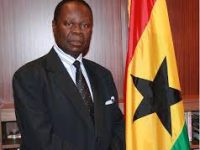