Time bomb! video of man without hands who works as a trotro driver in Kumasi

A man without hands was captured by our cameras on Friday driving a trotro in the Ashanti regional capital.

Though we could not get his name, we were able to capture the registration number of the trotro he was driving as AS 7050-10. It was white in colour. 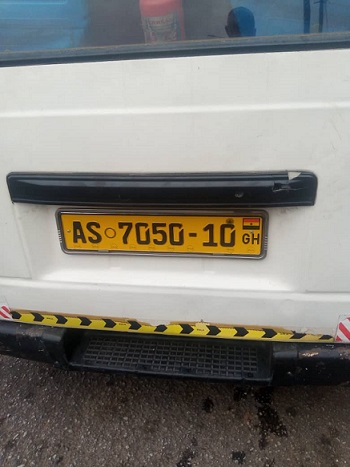 Our reporter boarded the car from Deduako to Tech Junction (Kwame Nkrumah University of Science and Technology) in Kumasi.

Strangely enough, none of the passengers (aside our reporter who was seated at the front passenger side) realized what was going on. They were oblivious of the danger they were in as each of them attended to their phones or engaged in other activities.

The driver, who who seemed to have driven for a while was maneuvering the steering wheel and gear lever with the stump as he had no hands. He was wearing a pair of shorts and slippers.

When asked whether or not he had a license, he told our reporter that he did have a license although he did not produce it.

There seem to be a lot of indiscipline among trotro drivers within the region and surprisingly at the tech junction.

Photos came out yesterday of a green trotro climbing the footbridge at tech junction; an alarming scene which should not be condoned under any circumstance. What made it more alarming was the fact that it was using the side of the footbridge designated for physically challenged persons.

Many people who saw the footage were angry.

Some sought to explain it away that the vehicle had failed its brakes and was using the footbridge as a safety stop; an explanation that falls flat. 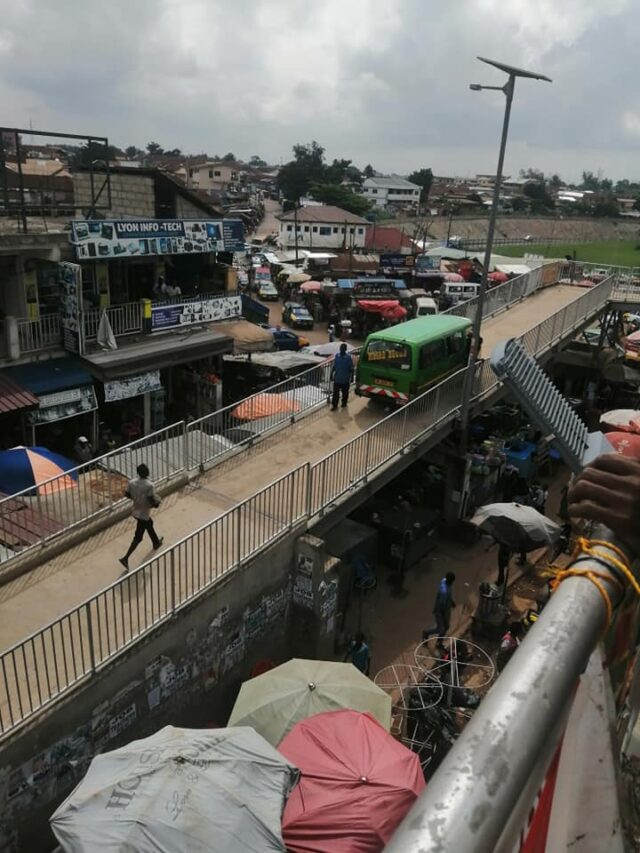 Nana Kwadwo Jantuah; a broadcast journalist at Oyerepa FM, who decided to take action, reported the matter to the Tech Police. He however tells ghanagong.com’s Bernard Buachi that he was surprised that the Tech Police had no knowledge of the occurrence.

” I was later called that they had inquired and found out that the car had failed its brakes”, he explained and added that it was not enough considering the constant police presence at tech junction. He explained that the place is a constantly crowded place and wondered what speed the car was moving at to enable it climb the footbridge to that level. He felt the Police and the drivers were getting too familiar and hence the growing impunity. He said he is disappointed if that is all the police could do about that incident. He also lamented the “artificial” traffic congestion at the tech junction despite constant Police presence.