The KSM Show returns to Metro TV on July 25 after an end-of-season break. The show which for 10 years, ran as Thank God It’s Friday has earned considerable popularity as a must-see programme when it comes to exciting interviews.

As the show gets ready for season three, Graphic Showbiz last week “ambushed” KSM for a quick unscheduled interview in his office just before he dashed off to honour an engagement.

GS: Thanks for the opportunity. I will go straight to the point.
You have been on television for 11 years right?

GS: How have you managed to sustain the excitement of the show?

KSM: In marketing they call it KYC (Know Your Customer), the same principle applies in Television, but I call it KYV. (Know Your Viewer.) We have taken pains to know the viewer over the years and because we know them, we know what they like.

GS: Who do you refer to as we?

GS: Does the team come up with the interview questions?

KSM: Correction, I don’t do interviews. I chat with my guests. I don’t like the idea of interviewing. It sounds, formal, structured and can be very boring. It’s easier and much more fun to just relax and chat.

GS: What do you think makes the KSM show unique?

KSM: I think that’s a question for the viewers.

GS: The viewers definitely have their view, but I want to know your view as a host?

KSM: Pardon my bias then. I see the KSM Show as a world-class entertainment show. But what really makes it stand out apart from the interviews are the segments like The Three Wise Men, Ah Why, and Funny Pictures. The segments give it a very different feel.

GS: I was going to ask you about those segments. Where did you get those characters from?

KSM: James Brown works for Sapphire, he does the segment Ah Why, He is one of the upcoming GH comedians. The Three Wise Men are actually “area boys”. One is a gardener and two are security men.

GS: Wow, how did you get them?
KSM: They where recruited from the area. We decided to create a platform for some outlandish characters that will add another dimension to the humour.

It seems to be working well. People love those characters and it re-enforces our belief in the concept of the KYV.

GS: What more are we to expect in the third season of the show?

KSM: More thrills. We are incorporating more of our live band in the show. Of course our guest line up is really solid. The show will remain “The” show that is the most entertaining, educative and above more inspiring. 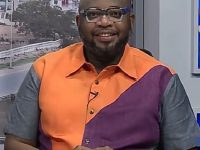 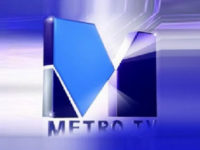