The Free-Fall of the Ghana Cedi, can it be arrested Soon? – Amo-Bediako Writes

Although, 2018 has not ended but it has been one of the remarkable years crippled with various economic decisions by government and the central bank in general. The expectancy level of macroeconomic policies to do the magic in stabilizing the economy did not give the hope to revive the economy to the apex state most Ghanaians wanted it to be. One major concern of the economy has been the free-fall of the Ghana Cedis as against the US dollar. The Ghana cedi experienced the all-time high at 4.98 this month, December and still maintains the record of a low pegging rate of 0.90 in July, 2007.  As at today, 17th December, the cedi has increased about 0.30 percent compared to its previous trading session.

Indeed, we are in the global era coupled with a lot of technological progress and most of us want something better for our country. However, the fall of the cedi has stifled growth and affected both export and import as well as numerous businesses in the country. As a matter of fact, the fall of the cedi cannot be wholly assigned to the feeble economic measures by government but by external forces and Ghana is one of the Sub-Saharan Africa countries facing this challenge. On the hand, the Shadow economy often referred to as the “BLACK MARKET” is also part of the Cedi-Dollar counteractions the country is facing now.  Most dealers in the black market stock the dollars and release them as and when it may deem appropriate for the economy. It is clearly seen that the economy has improved for the past two years yet business owners will have to issue more Cedis for the dollar in transacting businesses.

Government has tabled plans to normalize the Cedi and has made promises to stabilize the economy, but how long will this free fall of the Ghana Cedi last. Will it worsen or be arrested as against the dollar in the possible time? The rise of the cedi will bring more inflows and it will increase money circulation in the economy. With the immediate effect on household getting more money for consumption, an increment in both savings and investments with a decrement in the general prices of goods. All these will have a positive effect on GDP in the short-run. 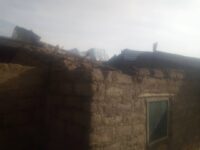 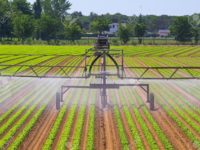