The EC of Ghana has become a Constitutional Tyrant- CENAB UK CENAB UK, an advocacy group, is calling on the Electoral Commission of Ghana to respond positively to the numerous calls for electoral reforms in Ghana ahead of the 2016 elections. CENAB UK believes that as a nation we have entered a new year with lots of promises and the desire to start afresh and tackle national issues on the scale of priorities and electoral reforms which will forestall the derailment of Ghana’s peace and political stability should be the foremost on the national agenda.
The Christian Council as well as many other civil society organisations such as the Economic Affairs (IEA), the Institute for Democratic Governance (IDEG), IMANI-Ghana have all added their voices to that of the Christian Council as well as other political parties but so far it appears the Electoral Commission has failed to see the need to reform its operations.

The recent call by Nana Addo Dankwa Akufo-Addo recently in London for an independent body to help review and audit the voters’ register was met with a stiff resistance by the EC, through its spokesperson Mr Christian Owusu-Parry. Always quoting the constitution as the basis for its independence and therefore subject to no other’s supervision, the Electoral Commission has become oblivious to the number of calls for reform.
Experience has shown that even under the best forms of government those entrusted with power such as the Electoral Commission have, in time, and by slow operations, perverted it into tyranny. We believe that is no crueller tyranny than that which is perpetuated under the shield of law and in the name of justice. The Electoral Commission is turning into a constitutional tyrant and is dangerously toying with the uneasy peace that Ghana is enjoying at the moment.
From the Supreme Court verdict, all the judges made consequential judgements calling for some form of electoral reforms. The IEA, for example, last year, in collaboration with the political parties with representation in Parliament, presented an 18-point proposal for electoral reforms to the EC. The proposals included provisions that the EC work with defined programmes and published timelines to ensure certainty in the implementation of those programmes. We have entered 2015 and the Electoral Commission has not acted on those proposals.
One would have expected the President to use his end of year message to Ghanaians to add his voice to the chorus of electoral reforms but he chose to be silent on it and rather use the occasion to break his own promise of not promising again. The lack of substance to support his call to maintain peace to ensure the stability of the nation was a missed opportunity. The President should have realised that a transparent electoral process for 2016 will rather ensure the maintenance of peace and stability of the nation he was talking about.
CENAB UK is calling on all Ghanaians from all walks of life to join in the resolve to protect our peace, political stability and national unity by calling on the Electoral Commission to yield to public demands to reform and desist from the acts of tyranny for the limits of tyrants are prescribed by the endurance of those whom they oppose, which is the good people of Ghana.
SOURCE: CENAB UK (Advocacy Group)
(Email: cenabuk@gmail.com)
(WEBSITE cenab.org) 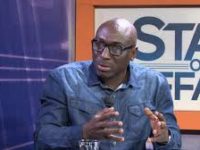