The Presidential Commission of Inquiry into the Brazil 2014 FIFA World Cup was halted on Monday by counsel for Fred Crentsil, Mr. Thaddeus Sory’s academic legal antics.
Mr. Fred Crentsil who is the Management Committee Chairman for the Black Starlets (U-17) had appear before the Commission not to give his testimony on the Brazil 2014 FIFA World Cup but to bring out the problems confronting the Starlets so that the commission could help them iron those issues.
But interestingly enough before Mr. Crentsil who is also the vice President of the Ghana Football Association could raise the bar, his counsel, Thaddeus Sory raised an objection on the locus of his clients’ invitation saying that the invitation did not state in clear terms whether his client has been invited as a target or a non-target witness and also his client should have been giving eight days upon receipt of his invitation before appearing.
A target witness in law refers to a witness who has a specific information sought by a grand jury. For instance, a jury can ask a target witness to indict.
Target witnesses are entitled to advance advisement in order to secure effective employment of the right to counsel and right against self incrimination.
It must also be said that a target witness must be informed of his rights including the right to refuse to answer incriminating questions prior to presenting any testimony.
Haven’t laid his foundation clear to the three panel Commission, Thaddeus sory engaged the lordships in a fierce legal tussle forcing the Commission to halt proceedings abruptly in other to go and take a decision whether to continue or discontinue with Fred Crentsil’s testimony in camera.
On their return from the in-camera hearing, Justice Senyo Dzamefe announced that Thaddeus Sory’s plea has been granted but he could have done otherwise in active proceedings since the law gives him the power to do so.
“I won’t tell you what happened in there but the constitution gives me the power to overrule everything that you said but like I keep saying this is a friendly Commission so we have giving your client the eight days but he should be here on Monday,” Justice Dzamefe said.
“Mr. Crentsil our mission here today was to look at the Starlets and it relating problems for us to see how we could help but as it stance now we can’t do that today so I discharge you for today but let me put it on record that you are not a target witness on this premise but when you become a target witness we’ll call you back,” he noted.
This affected other Chairmen of the various national teams like Fred Pappoe and George Afriyie since they were all being represented by Thaddeus Sory.
Ubi jus ibi remedium. That is, where there is a right, there must be a remedy. And this is all that perhaps Thaddeus Sory’s ‘Legal Gymnastics’ was all about. 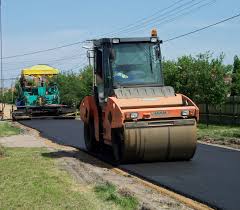