Ashanti regional chairman of the NPP, Bernard Antwi- Boasiako, has insisted that the supreme court verdict on the 2012 presidential election petition was wrong.

According to him, the court erred by declaring that John Dramani Mahama, then candidate on the ticket of the National Democratic Congress (NDC), was the winner of the presidential poll.

Affectionately called Wontumi, the Regional Chairman was of the view that the NPP and Nana Akufo-Addo should have been declared winners.

Addressing a sizeable number of party faithful in Kumasi, he stated that the Supreme Court did not serve justice.

Wontumi showered praises on Nana Akufo-Addo for his wisdom which helped to safeguard Ghana’s peace after the court had given its verdict.

He said if Nana Akufo-Addo had decided to reject the court’s ruling, Ghana would have been thrown into turmoil.

Wontumi likened Nana to King Solomon of the Holy Bible, who is said to be the wisest man who ever lived on earth.

The NPP capo told Ghanaians to forever be grateful to Nana Addo for safeguarding the country’s peace and stability with his wisdom.

He said the country was on the brink of getting into civil strife after the court’s verdict, but Nana Akufo- Addo intervened to save any such unpleasant situation.

Mr. Antwi-Boasiako noted that the then NPP flagbearer’s decision to accept the ‘dubious’ Supreme Court verdict had made Ghana popular across the globe.

“Before the Supreme Court gave its verdict, the entire world feared that something nasty would occur in the country,” he claimed.

Wontumi asserted that Nana Addo, out of love for his country, decided to surrender his ambition of becoming president in the interest of Ghana. 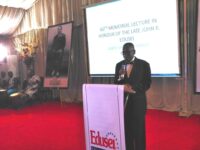