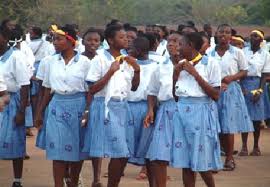 The planned free senior high school (SHS) programme scheduled to take off from September 2017 will be financed from the Annual Budget Funding Amount (ABFA), the Minister of Finance, Mr Ken Ofori-Atta has said.

Presenting the 2017 Budget Statement and Economic Policy on Thursday, Mr Ofori-Atta said it will cost government GH¢400 million to implement the free SHS programme for the 2017/2018 academic year.

The Senior Minister, Mr Yaw Osafo-Maafo, stirred controversy when he hinted in February that the Ghana Heritage Fund was one of the areas the government was considering as a source of funding for the free SHS programme.

But the Minister of Finance in presenting the 2017 budget statement to Parliament Thursday said the programme would be funded from the ABFA and other domestic revenue sources.

He noted that an amount of GH¢7,382.79 million has been allocated for the education sector for the year 2017; out of which GH¢4,310.20 million, representing 58.38 percent, will go into basic education expenditure.

He noted also that the implementation of the free SHS programme would include technical and vocational institutes.

Outlining government’s vision for the education sector, Mr Ofori-Atta noted that the education system would shift away from “merely passing examinations to building character, nurturing values and raising literate, confident and engaged citizens who can think critically.”

He added that the Basic Education Certificate Examinations (BECE) would be used as a tool for placement of students into second cycle schools and not for certification.

“To improve the quality and relevance of education, and further make the products of our school system competitive, Government will review the Basic level curriculum to focus on the four R’s (Reading, wRiting, aRithmetic and Recreation to include life skills and creative skills).

“Government intends to ensure that all our children have these basic skills when they exit the Primary School system,” he added.