The Herald’s investigations into the brouhaha over the payment of Research and Book Allowance to university lecturers and polytechnic teachers have revealed a very disturbing situation.

The paper’s probe showed that people and institutions that are not supposed to draw the cash meant for Research and Book Allowance from government coffers are doing so with reckless abundance. These meaningless withdrawals, insiders have told The Herald, have significantly ballooned the bill to over Ghc42 million annually.

It was shockingly discovered that these individuals and institutions have no relations whatsoever with classroom research, yet have been withdrawing these funds for years, only by virtue of being under the Ministry of Education.

They include; Senior Transport Officers, Senior Liberians, Senior Cleaners, Watchmen, Secretaries and Estate Officers at the various universities and polytechnics across the country; these professionals have nothing to do with research and teaching.

It is not clear how they ended up on the list of recipients of the Research and Book Allowance. But The Herald is informed that they have been on the list for many years, annually siphoning the huge sum from government coffers to the detriment of other sectors.

Also discovered on the list were administrators of the University practice schools, including crèche, kindergarten, nursery, primary, Junior and Senior High Schools (SHS), though they have nothing to do with classroom research. Interestingly, teachers and administrators of public schools that are not under the universities have been left out.

Amazingly, supervisory bodies under the Ministry of Education- National Council for Tertiary Education, National Accreditation Board (NAB), National Board for Professional and Technical Examiners (NABTEX), administrative staff of the Ghana Academy of Arts and Sciences, as well as the Ghana Science Association and Encyclopedia Africana, are also pocketing the research cash.

The Book and Research Allowance, according to some stakeholders in education, has become a cash cow for these groups of professionals, who have no direct link to the classroom vis-à-vis the assessment and upgrading of the tertiary students.

This revelation comes in the wake of a quarrel between the government and the Polytechnic Teachers Association (POTAG), with the former saying that justifications must be provided before payment of the allowance is made to a particular lecturer.

Government’s position is that monies are being paid to undeserving people and that recipients must show their research work before getting the allowance. But POTAG declared an indefinite strike over government’s stance. The strike is over 100 days, and the Polytechnic students have since been at home.

Meanwhile, The Herald has learnt that some other organizations receiving the research and book allowance are also about to register their displeasure about government’s decision to scrap the allowance. Some have started writing various letters to the government, threatening to stage demonstrations against government’s attempt to put the allowance into a fund called the Research Fund to harmonize the activities of lecturers.

Interestingly, the University Teachers Association of Ghana (UTAG) has threatened to produce half-baked graduates for the country by going to classrooms without having concluded negotiations on the Book and Research Allowance.

It said it is fed up with government’s attitude towards paying the allowances for the 2013/2014 academic year.

“We are fed up with this annual thing of having to go through this process,” remarked Dr Langbong Bimi, the President of the University of Ghana branch of UTAG.

Dr Bimi was speaking to TV3’s Daniel Opoku in an interview on Monday.

He pointed out that lecturers should be demanding for the Book and Research Allowances for the 2014/2015 academic year in addition to those of 2013/2014 since technically, the academic year began August 1.

“[As] school reopens, we [can] either go and produce half-baked graduates [who are] mediocre or we don’t work until we get,” he stated.

UTAG has been on strike since Thursday, July 24 after complaining about unpaid allowances. A proposal to set up a National Research Fund with a seed money of Ghc15 million has been rejected by the lecturers.

The strike action has forced some institutions, notably the University of Cape Coast, to postpone reopening date indefinitely.

Dr Bimi advised all other public institutions to follow suit since the strike is a marked departure from previous years’ – which were declared while school was in session.

“Any university should reconsider shifting the reopening date,” he advised.

“Last year, UTAG went on strike while some universities were already in session. So, after 21 days there was this problem of we shutting down or not shutting down. This time we embarked on the strike before a single university could reopen.”

He asked management of the various universities to be proactive and call off reopening dates.

“It will be out of place for any university to go ahead and reopen knowing very well that UTAG is on strike, and we have withdrawn all teaching services.” 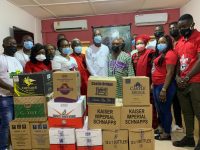 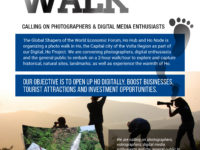 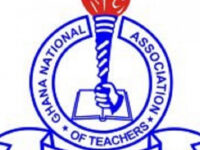 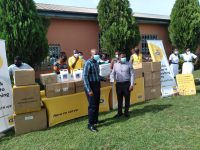