A practicing psychiatrist, who has done careful research into various forms of addiction, including rock music, explains the problem. Although she has not learned about the “drum possession rhythms,” discussed earlier, her insights are still very revealing. 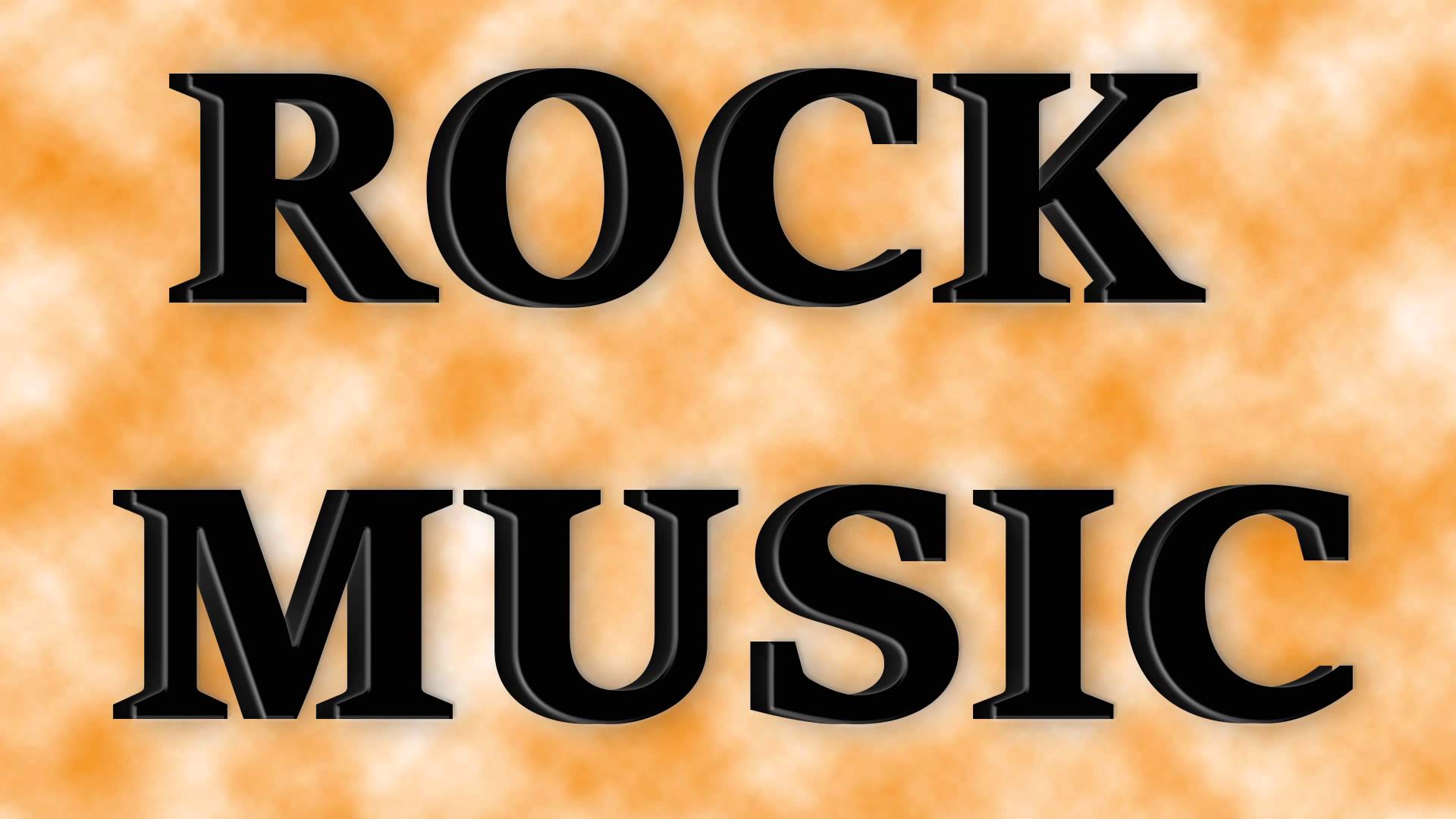 “One of the most powerful releases of the fight-or-flight adrenaline high is music which is discordant in its beat or chords. Good music follows exact mathematical rules, which cause the mind to feel comforted, encouraged, and ‘safe.’ Musicians have found that when they go against these rules, the listener experiences an addicting high.

“Like unscrupulous ‘diet’ doctors who addicted their clients to amphetamines to ensure their continued dependence, musicians know that discordant music sells and sells. As in all addictions, victims become tolerant and want something stronger. The music must become more jarring, louder, and more discordant. One starts with soft rock, then rock ‘n’ roll, then on up to heavy metal music.

“I have also noted mood swings in all adrenaline addicts, including hard music addicts. It is normal after a fight-or-flight response to have a recuperation phase . . It is then followed by a mood crash. The addict’s solution is to try to stay high. This high cannot be maintained, but rather the longer the high, the deeper the crash.

“Many addicts affirm that the music actually calms them and they feel better. This is similar to a nicotine addict who claims that smoking calms him. Even after a cigarette, he is more anxious than he would have been if he had never smoked.

“Still the cigarette seems to calm because it reduces the withdrawal temporarily. Antianxiety drugs do the same thing: They lose their beneficial effect, but now the person is anxious and must take the pills, because to quit is to be more anxious. It is the same with strong, beating music.

“I have found both despair and a tolerance of dangerous activities in music-adrenaline addicts. Danger can produce the same high, and the high feels similar to the music high. Thus the danger feels familiar—even comfortable. The brain system designed to protect from danger now leads into danger.”—Verle L. Bell, M.D., Psychiatrist.

Here is a classic example of the change which occurs in young people who, through continually listening to rock, become possessed and want to rebel against whatever is right:

“When I got angry at my parents for not giving me my way, I went to my room and turned on my rock music. The music told me I did not need my parents and that what I want to do is my own business. I began making my own decisions against my parents’ wishes and got into a lot of trouble with wrong friends, drugs, and addiction to rock music and rap.”—Misty West, 14, Tennessee, quoted in How to Conquer the Addiction of Rock Music, p. 29.

In each of the following experiences, young people describe how rock music led them to depression, rebellion, and suicidal thoughts. But we want to focus on how they were able to escape from rock:

2/2/2018 Inside Rock Music
http://insiderockmusic.com/escaping.html 2/3
“A well-meaning friend wanted to help me while I worked one summer fixing up a house. So he gave me his favorite tape of contemporary Christian music . . [He tells how one “Christian rock” tape got him started on the wrong path.]

“The worst thing is that I didn’t even notice the growing darkness that was overtaking my life. The steady drone of the rock beat was a powerful anesthesia that deadened my spiritual senses and thus ushered in a host of tragic decisions. Like a patient that is being operated on, I had no sense of spiritual pain . . [He then told about how it soon became easy to violate what once had been his firm Christian standards].

“Years have passed since that time, and God has shown me the deadly poison of the rock beat in so much modern music. It took months of daily time in prayer and study of God’s Word to regain what I had lost. I grieve over the destruction that Satan brought to me through the rock beat.”—Matthew Mears, Ohio, ibid., pp. 8-9.

“Because of the lifestyle that rock music leads into, and the depressed, even suicidal thoughts that would occur as I listened to this music, I knew it was a bondage from which I needed to be freed. However, I did not have the power to do this. Each time I tried to break free, the next rock song I heard would pull me down again.

“Not until a year ago, when I heard that each rock song I listened to gave a piece of my soul to Satan—did I break free. I found that, as I confessed listening to rock music as sin, and now ask God to take away individual rock songs as I remember them, there is a complete release from the bondage and addiction to rock music. In place of rebellion and depression, God has given me freedom and joy!”—Sara Powers, Vermont, in ibid., pp. 10-11.

“I went back and confessed to my parents [what rock had led me to] . . Clearing my conscience in this way was the first step in gaining freedom in my life. I claimed the blood of Christ and asked Him to regain the ground I had given to Satan . .
“Satan would often bring these songs to my mind to open me to temptation . . but by confessing each song to God, I was able to rid my soul of this music. The result was a whole new love and respect toward my parents.”—Matthew, ibid., p. 34.

“When I walk into a store or any other place that is playing rock music familiar to my past, I immediately feel spiritual warfare. However, I discovered a method that is very effective in overcoming this music. When I hear a rock song, I think of a hymn that contains a spiritual truth that combats the lies in the rock song. I sing that hymn to myself, or even out loud.”—Angela, ibid., p. 34.

“Five years after I stopped listening to Christian and secular rock music, I was by myself one morning, and the words of a wicked song flooded my mind. I was shocked, because normally at that time I would be singing to the Lord.

“The Lord reminded me of my recent prayer that He reveal any area of my soul that was not fully under His control . . I immediately asked God to take back His ownership of this part of my mind and cleanse it of this terrible song. At that moment I felt a freedom and a great joy in serving a God who can break any bondage, no matter how large or small.”—Melissa, ibid., p. 35.

” . . I prayerfully decided to go on a ‘music fast.’ I got rid of all my questionable tapes—and listened only to music that was clearly unobjectionable. I began memorizing large portions of scripture during this ‘music fast’—something that I had had a difficult time doing before.

“Instead of falling asleep listening to music, I went to bed reciting Scripture. For the first time, I could see definite progress in my commitment to the Lord. Whenever I faced temptation, I would go to Scripture instead of to my tape deck.

“I then made it my goal to create a big gap between the music to which I would listen—and the music of the world, rather than seeing how close I could come to the line.”—Kathy Voyer, in ibid., p. 17.

In the following words, the authors of the above book write their summary of how to win the battle over rock:

“Steps to regain [the] ‘ground’: Before we can conquer rock addiction, we must confess our sins and ask God to regain the ‘ground’ that was given to Satan through bitterness, greed, or immorality . .

2/2/2018 Inside Rock Music
http://insiderockmusic.com/escaping.html 3/3
“We are not merely to confess that we have sinned or that we are sinners, but we are also to confess specific sins . .

” ‘If we confess our sins, He is faithful and just to forgive us our sins, and to cleanse us from all unrighteousness’ (1 John 1:9). We can overcome Satan by Christ’s blood and by our testimony . . ‘They overcame him [Satan] by the blood of the Lamb, and by the word of their testimony’ (Rev 12:11) . . ‘He that covereth his sins shall not prosper, but whoso confesseth and forsaketh them shall have mercy” (Prov 28:13).

“Every rock song we accepted in our minds contains strongholds of false ideas. Each one must be cast down and replaced with specific truths from the Bible. Develop disciplines such as Scripture memorization, daily Bible reading, and meditation on God’s Word, and ‘receive with meekness the engrafted Word, which is able to save your souls’ (James 1:21).

” ‘Make not provision for the flesh, to fulfill the lusts thereof’ (Rom 13:14). Any rock music or materials in your home will bring defeat. The Christians of Ephesus showed their repentance by burning all their evil books and materials (Acts 19:19). God commanded to burn with fire the graven images that are worshiped by the world (Deut 7:25).

“The best way to get darkness out is to let the light in. If we fail to replace evil music with good music, Satan will fill the void with even more destructive addictions.

“Each time you remember a rock song, confess it to God as iniquity, claim the blood of Christ, and ask God to take back the ‘ground’ earlier given to Satan—and tear down the strongholds which Satan built in your soul. Continue on until all the ‘ground’ is regained.”—Ibid.,
pp. 30-31. 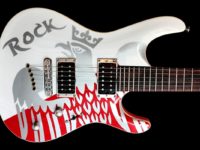