Two children died through rabies in 2015 in the Tain District of the Brong-Ahafo Region after they were bitten by dogs.

Dr Saviour Denueme, the Regional Director of the Veterinary Services, said this in an interview with the Ghana News Agency (GNA on Thursday in Sunyani.

He said rabies has become rampant lately in the country and expressed worry about the non-corporative attitudes of some owners of domestic animals towards the vaccination exercises.

Dr Denueme said the unit recorded 12 confirmed rabies cases during the year which resulted in the deaths of the two children, adding that the Unit as at September this year had recorded two cases in the Sunyani and Dormaa Municipalities, as against eight confirmed cases recorded in same period last year.

He said any dog or cat bite could develop to rabies if the spot bitten or scratched by the animal was not immediately and thoroughly washed with soap and running water as a first aid before proper medical treatment at a health facility.

Dr Denueme said his office had a target of about 267,000 domestic animals to vaccinate in 2016 but as at September only a little over 9,000 of them had been vaccinated, representing 3.5 per cent of the target.

He said before rabies could be eradicated in the region there must be coverage of about 70 per cent vaccination of its dog and cat population.

Dr Denueme said the normal vaccination cost of any animal was GH¢10.00 but the cost of rabies vaccine was about GH¢300.00 after a dog or cat bite.

He said the environmental officers had the right to kill dogs and cats without tags indicating that they had been vaccinated.

Dr Denueme urged the public to be mindful of stray dogs and cats, saying the affected dogs did not only carry the rabies virus but also had some parasitic diseases that they spread in the communities through defecation.

He therefore advised the public to take proper care of their domestic animals for the safety of the family and the society and promised that the Unit would continue in its educational programmes through the local radio stations till the public adhered to their vaccine campaign messages. 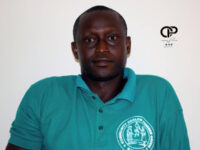 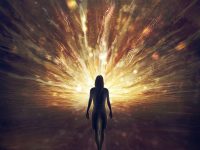 Do only humans have souls, or do animals possess them too?