Quainoo Reuben writes: Attention on COVID-19 is laudable, but neglect of our smallholder farmers is disappointing 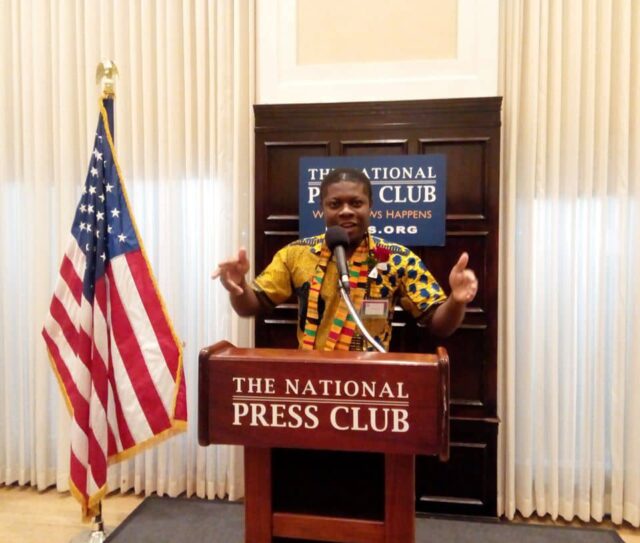 The world is at a standstill due to the COVID-19 pandemic, but the smallholder farmers who feed thousands of Ghanaians are not receiving much attention and support.

Smallholder farming is a major source of food production and income for the global rural population in general, especially in the developing world. As many as 2.1-2.5 billion people are involved in farming smallholdings and there are perhaps 500 million smallholdings in the world (FAO 2010; IFAD 2013).

The good news is: there is a lot of potential to unlock. Generally, smallholdings are a family affair, run in a rudimentary and inefficient way. A small improvement to the productivity of 100 farms via training or giving access to better fertilisers can have a huge impact.

The bad news is: it’s tough. The large majority of smallholder farmers operate on their own on lands which are isolated and cut off from towns and cities. They are really hard to reach, let alone help and engage in conversation.

More and more firms are getting it right by introducing new finance mechanisms to help farmers access loans and plan for their future. Farmer training is working wonders at boosting productivity too.

But there is still so much that can be done. So far, too many companies have ignored this increasingly vulnerable tentacle of their supply chains. Maybe 2020 will be the year that smallholder farmers get the attention and support they need to build resilience and sustainability for the long term.

The Coronavirus pandemic if not for anything has taught us how to appreciate the little things we took for granted, that is, having a social life, shaking hands, hugging, etc., which in our culture shows care and is a reflection of our affection.

I must quickly appreciate how countries, both large and small are putting in place measures to cushion their citizens, against further damage.

As of this weekend, some 1.5 million people worldwide have been infected with over 100,000 deaths. There is no vaccine or drug for it yet. It is unequivocal that the world in a long while has not seen anything this huge and the world is on lockdown and in fear.

An estimated 500 million smallholder farming families (representing more than 2 billion people) rely to varying degrees on agricultural production for their livelihoods. As the largest global segment by livelihood of those living on less than US$2 a day, smallholder families are central to global financial inclusion efforts but reaching smallholders with financial services is challenging in Ghana.

Agriculture accounts for about 20% of Ghana’s GDP and employs 44.7 % of the working population. But the sector faces difficulty because of its strong dependence to climatic vagaries and raw materials prices.

Inadequate finances, climate change, poor pricing and marketing incentives, inadequate agricultural extension agents, pest and diseases and a lack of access to fertilizers are all contributing to the declining fortunes of the sector.

In the Northern and Upper West regions of Ghana for instance, more than 70 percent of the economically active population is engaged in agriculture activities. Small scale farmers in Ghana’s poor rural areas have limited access to the assets that would facilitate a shift from low-productivity subsistence farming to modern, commercial agriculture. Major constraints to their livelihoods include lack of infrastructure and insufficient access to equipment such as agricultural inputs and technology, and facilities for storing, processing and marketing products.

Firstly, farmers should be motivated and supported to increase their production. The bulk of food supply in Ghana comes from smallholder farmers, however, existing policies that support their productivity has historically undermined their performance. There should be emergency funds for farmers who show evidence of being in production to access without repayment conditions.

Secondly, agriculture inputs should immediately be classified as essential materials and steps taken to ensure their uninterrupted supply to various depots. We suggest that the Ghana Armed Forces and other state actors be used to transport these vital inputs for farmers if the situation is not contained by the middle of April. This will ensure production is sustained and yields improved to substitute for the importation of the same commodities. Similarly, food transport and distribution should be considered as a national security issue and thus a protected activity under the restrictive laws.

Thirdly, the price control system should be instituted with immediate effect. We are not in ordinary times where market forces of demand and supply is allowed to determine the price of food. Following the 23rd March experience in Accra where prices were triple within a day, the market forces are immoral and thus government must immediately issue price ceiling and offenders dealt with immediately to serve as a deterrent. This will protect the poor against the exploitative tendencies of the opportunists.

Mindful that Ghana is yet to hit the plateau of the infection curve, the government must prepare for the worst-case scenario and be ready to activate organized emergency food deliveries. This calls for efficient collaboration between the National Food Buffer Stock Company and transport operators on one hand and local and community organizations and farmers on the other hand to ensure enough buffer stock.

Is this going to be the era that will cause Ghana and Africans to now take the informal sector serious, to make sure that the appropriate structures are put in place for its recognition and full integration into the wider economy? We keep our fingers crossed.

About the Author: Quainoo Reuben is an Agriculturist and a Journalist with cross-platform experience working with Radio, Newspaper and Online platforms and received 2019 Outstanding Journalist in Agriculture Reporting by Ghana Chamber of Agribusiness. 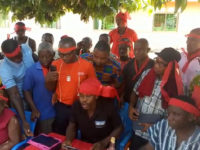 Western Togolanders vow to declare ‘independence’ on Thursday, May 9 despite arrests 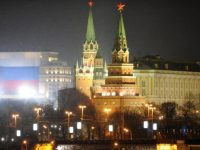