President John Dramani Mahama on Friday challenged the African youth to take up businesses and economic opportunities by initiating programmes that would create more job opportunities for others in future.

He said while foreigners were taking advantage of the job opportunities in the African continent, the indigenes paradoxically were also busy filling visa forms and buying tickets to seek greener pastures outside the continent.

President Mahama announced this when he launched the Mara Mentor Initiative in Ghana at the Flagstaff House, Kanda.

Mara Foundation, which was established in 2009, is a social enterprise that focuses on supporting and encouraging Entrepreneurship in Africa.

The Mara has a broad reach across Africa through the Mara Group’s businesses, which has about 11,000 employees in 22 African countries with a network of partners and youth organisations.

President Mahama said the launch would encourage more young Ghanaians to engage in Entrepreneurial skills particularly with the launch of the Youth Enterprise Support initiative.

“Ghanaians need to take their own destinies into their own hands in the creation of jobs for themselves and others.

“I am so happy to be part of this programme because I believe the mentorship of Mara would inspire and encourage more young people of this country to enter into job creation.” he added.

The President said the traditional method of finishing school and engaging in civil and public service was getting outmoded and was therefore giving way for Entrepreneurship that had the potential to create more jobs in the country.

Mr Ashish J Thakker, Founder of Mara Group said his mentorship was targeting the youth because they had the potential to develop their talents and create jobs for future generations.

He commended President Mahama for personally developing special interest in the programme and gave the assurance that he would give out his best towards the development of Ghanaian youth. 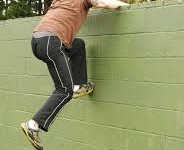 Scaling the walls of life Part 1 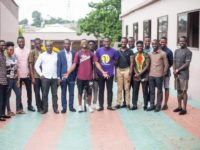 Voice of Greatness Movement reaches out to Kumasi youth