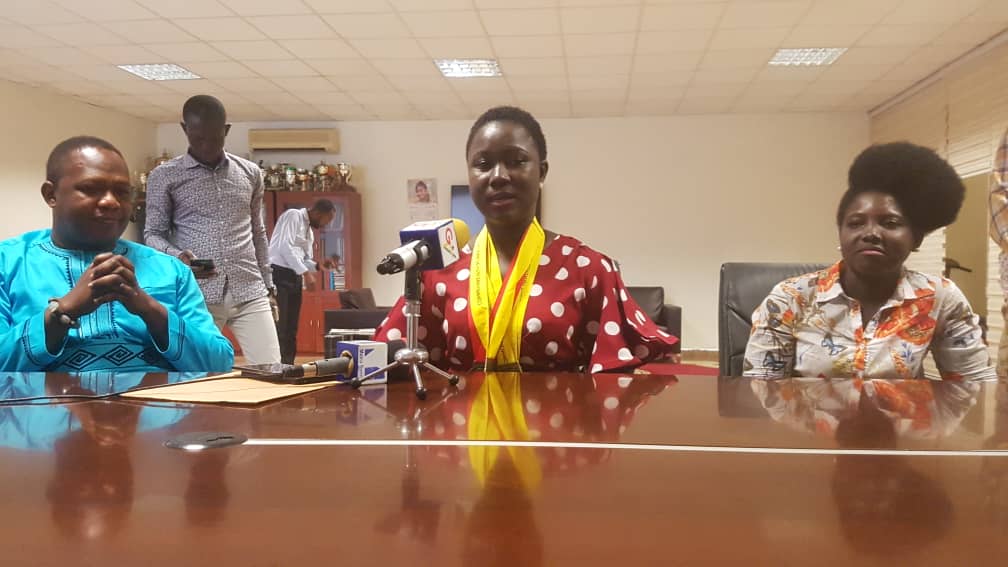 Presenting the medals to the Director of the National Sports Authority, President of the Ghana Powerlifting Federation; Mr. Godwill Agyemang acknowledged the great help received from government through the National Sports Authority and like Oliver Twist, asked for more. He praised the performance of 21 year-old Juliana and shed some light on some of their challenges on their way to the competition and during the competition. He lamented inadequate flight tickets, inadequate food for the athletes amongst others.

Juliana Arkoh also highlighted challenges the athletes face with training facilities, equipment, supplements and many others. She called on corporate organizations to assist the federation considering the great talents that abound for the sport in Ghana. “In Ghana, we don’t

Director of the National Sports Authority; Prof. Peter Twumasi congratulated the team and Juliana on her feat and promised his outfit’s continued support for the federation. 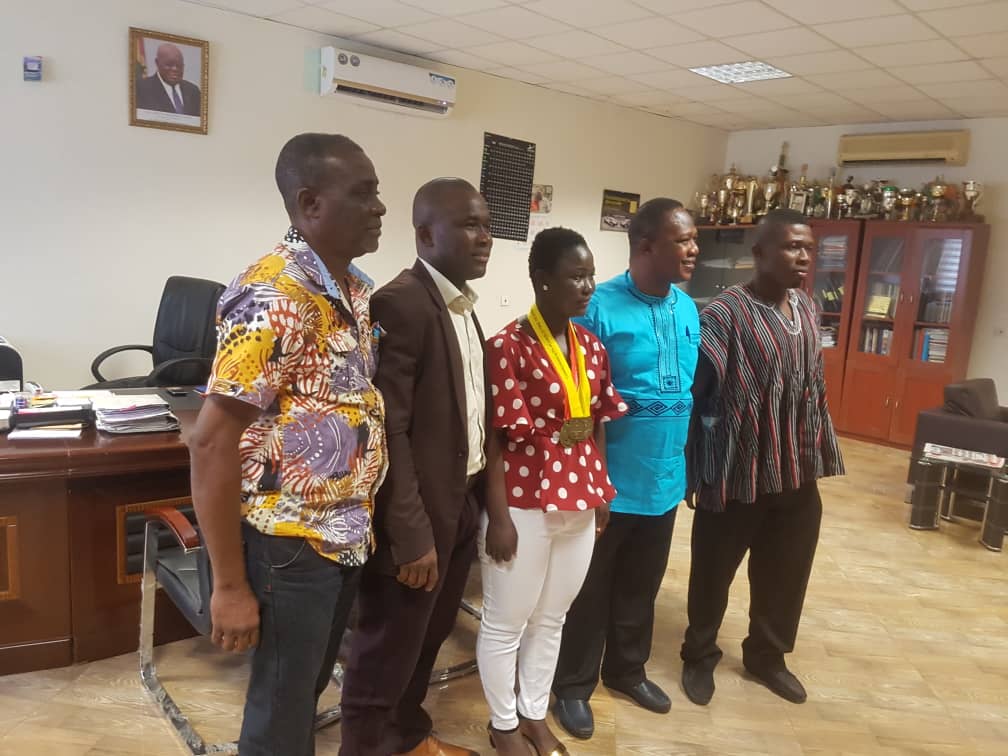 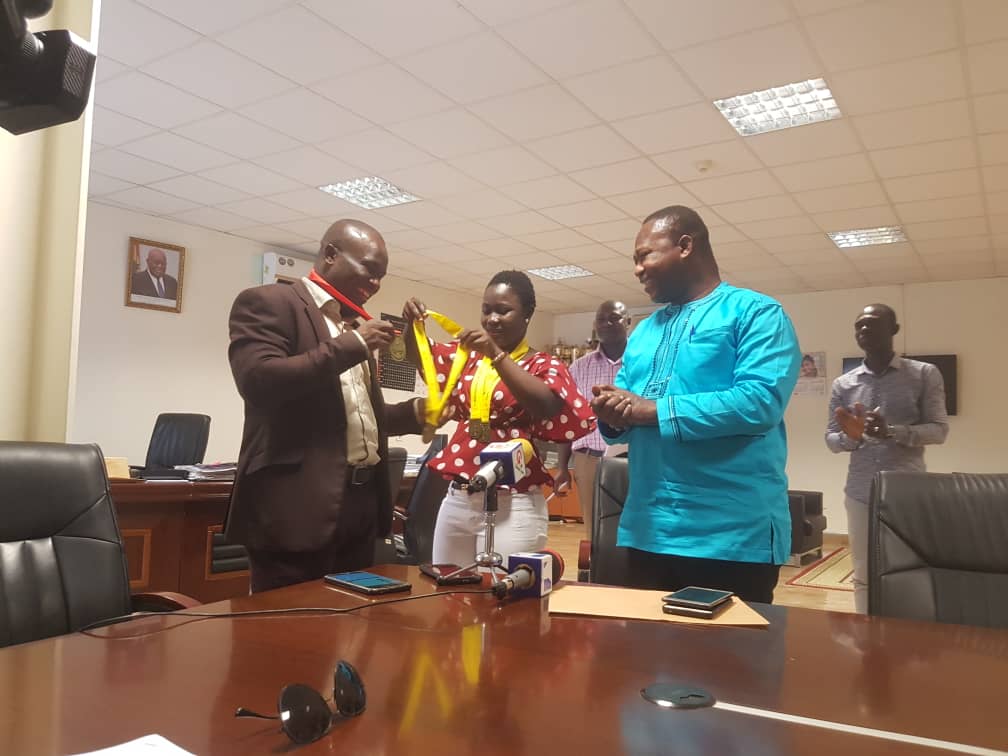 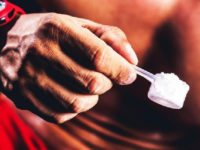