According to him, until politics is alienated from national development agenda, it will be difficult to formulate policies that can lead to identifying capable entrepreneurs to drive the private sector.

Speaking on the Joy FM Super Morning Show from Senchi, where the national economic dialogue is being held, Prof. Botchwey noted many entrepreneurs virtually had to “flee” the country to avoid being “hounded” whenever there was a change of government.

He said the ideal way for Ghana to grow the economy is for government to provide enabling environment for entrepreneurs to emerge, “but a lot of times, sensible policies are deterred by the worries that the politics wouldn’t allow it” .

Prof. Botchwey further suggested the need for the nation to “agree on the criteria, for instance, for identifying such capable private sector actors and giving them right incentives without it being said that they belong to this or that party”.

He is however, hopeful that consensus will be reached at the ongoing National Economic Forum to formulate creative ideas that can be considered in the development of new policies.

“I expect one of the things we achieve here will be in alignment with our budget …and our investment programmes…If we can agree on a number of things…then gov’t feels better able to develop new policies,” he said. 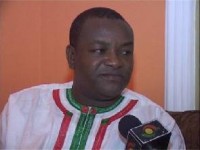