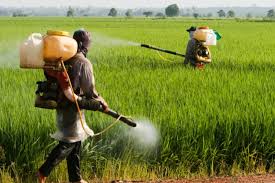 The UN has released a report that condemns the use of toxic pesticides – and attributes over 200,000 deaths per year, worldwide, to their use.

The report also attacks the claim of agro-chemical manufacturers that the use of pesticides is essential to address global hunger – and highlights the “systemic denial” of the companies regarding deaths and injuries from pesticides.

The impact of pesticides is characterized as “catastrophic” and a human rights violation.

The report, delivered on March 8 to the UN Human Rights Council, details the adverse effects of chronic exposure to pesticides, including links to cancer, Parkinson’s and Alzheimer’s disease, hormone disruption, developmental disorders and sterility. In addition to causing almost a quarter of a million deaths yearly, pesticides cause up to 41 million people to suffer from adverse reactions.

Co-authored by Hilal Elver – a research professor and special UN rapporteur, or investigator, on the Right to Food – the report bluntly calls the use of pesticides “catastrophic“ and says that relying on these poisonous chemicals is a short-term solution that threatens the right to adequate food and health.

According to Andrew Kimball, executive director at the Center for Food Safety, the report is historic because it declares that the ability to have non-toxic and safe food is a human right.

Hilal noted that 99 percent of the poisonings took place in developing countries, due to lack of protections for farm workers. The report also noted that children – who may be forced into labor at an early age in developing countries – are particularly susceptible to pesticide contamination of food, with 23 deaths reported in India in 2013 and 39 deaths in China in 2014. In China, pesticide contamination has put a stop to farming on about 20 percent of the arable land.

In addition to distributing carcinogenic poisons for human consumption on a massive scale, pesticides deplete the topsoil, threaten the ecosystem and pollute groundwater. The report called for a global treaty to govern the use of these substances, and for incentivizing organically produced food. It also advocated natural methods of pest control, including crop rotation.

Powerful agrochemical industry uses lies and deception to conceal harm
The report was co-authored by Baskut Tuncak, the UN’s special rapporteur on toxins. Tuncak voiced his frustration with the difficulty of proving pesticide harms – although scientific studies have demonstrated that they exist.

And these industrial giants think nothing of using “aggressive and unethical” marketing tactics to systematically deny and suppress the truth about pesticide dangers, Tuncak concludes – adding that lobbying of governments obstructs reform and paralyzes global pesticide restrictions.

Philosophy justifying the use of toxic pesticides is nothing more than “smoke and mirrors”
The belief that pesticides are needed to combat the global hunger crisis is a “myth,” according to Helver. In reality, pesticides play no role in reducing world hunger.

The UN Food and Agriculture Organization points out that we have currently have the ability to feed 9 billion people, the projected population of the world by 2050. The problem is not one of production, Helver says, but of poverty, inequality and improper distribution. (Natural health experts and advocates agree)

Jay Feldman, executive director of the non-profit environmental group Beyond Pesticides, points to the $43 billion organic industry as proof that toxic chemicals are not required to feed people.

The upshot: sustainable farming methods can address global hunger – without the use of toxins.
The U.S. lags behind the EU in protecting its citizens

Elver praised some countries – including those in the EU – for their “very strong regulations” for pesticides. Since 2013, the EU has banned the use of neonicotinoid pesticides – which are toxic to bees – on flowering crops.

Disgracefully, the United States has no such regulation.

When it comes to developing countries, few have regulatory regimes for pesticides. In some cases, pesticides that are banned in specific countries are still being manufactured there for export to other countries.

Meanwhile, pesticide manufacturers, including the UK’s Crop Protection Association, are pushing back against the condemnation, insisting that pesticides play a key role in ensuring access to a “healthy, safe, affordable and reliable food supply.”

However, the UN’s powerful and damning report makes that claim an impossible one to entertain. 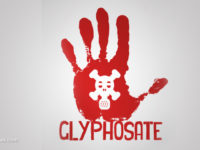 Toxic Herbicide Glyphosate Linked to Infertility Found in 85% of Tampons 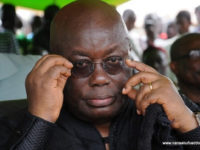