Joseph Yammin, a man who has garnered a lot of controversy in the Ghanaian political arena was born at the city 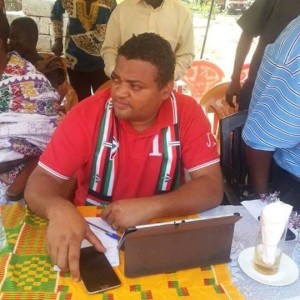 hospital in Kumasi. He was also bred in the Ashanti regional capital and has spent all his adult life in Kumasi.

He was brought up by a military man (Ex S/Sgt Fianu) at the 4BN barracks in Kumasi. He had his basic education partly at the Garrison Educational center, and then subsequently moved to Cambridge international School, where he completed his Junior Secondary School Education. He later moved to Prempeh College to undergo Senior Secondary education after which he got training as an Information Technology (IT) personnel in computer hardware and networking – a profession he practiced for some time.

One of Joe’s favourite pastimes was hunting. Some of his friends during his barracks days tell rawgist.com of a group called Kyinokyino group; essentially a hunting group that he was leader of. “We use to call him Joe Broni, with his langalanga (that long cutless). He once got into serious trouble because of kyinokyino”.

After several hurdles in his adult life, Joseph Yammin attained a first degree with Penn Foster University in the United States of America. He also wields an MBA with the Australian Institute of Business.

Political Inspiration
Joseph lived all his youth as a barracks boy. As he grew up, the only hero he knew was Flt. Lt. Jerry John Rawlings. 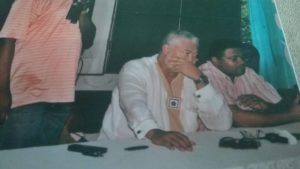 “He was then the leader of the country and visited the Barracks often”, he tells rawgist.com.

He started developing some passion for him and started building myself politically. He recalls going to the District Chief Executive for Ada to request for transportation to travel to Kumasi to vote “all in my bid to see President Rawlings”.

Joseph’s mates throughout basic school indeed say that Yammin would not stand by and watch you say anything bad about Jerry John Rawlings. He consciously developed his knowledge in politics even as a young boy. He would follow the news and other currently affairs programmes keenly. “At a point, they even called me Saddam Hussein because I knew all about the gulf war in 1990”, he narrates.

Early days in politics
Young Joseph, after working for some time as a skilled labourer at Ada Foah with Ghana Wildlife decided to play 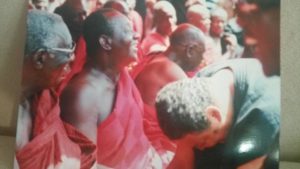 some role in the country’s politics “to make sure the legacy of Rawlings as well as political principles I had cultivated are preserved”.

He travelled from Ada to Kumasi to vote in the 1996 elections. He did not only participate, but feverishly too, serving as a leg man who went round to canvass for votes for the NDC. His passion for politics by this time was not in any doubt.

After the NDC’s defeat in the 2000 election, which he participated in fully, he decided to get more involved in the affairs of the party. The structures of the party were then being 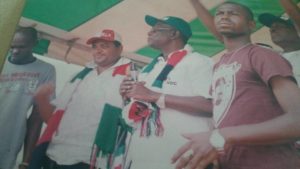 reorganized. He was then appointed as the ward youth organiser for the Kwadaso constituency which was part of the Bantama constituency at that time. Kwadaso was later taken out of Bantama. Bantama was divided into three in 1994. So I fell within the Kwadaso constituency.
Joseph and his political friends were at the forefront of the organization of the Kwadaso constituency. They had earlier joined Daniel Ohene Agyekum who was former regional chairman of the NDC in the run up to the registration for the 2004 election. He was head of a team formed by Ohene Agyekum in his house then to help monitor the exercise. They were operating alongside the regional administration then. They would go and bring back reports to him on the performance of NDC agents.

“I remember names like Alhaji Sani Senior, Alhaji Sani Junior who became the regional organiser. Alhaji Sani senior was a co-opted member. Lumor Festus who became the Kwadaso constituency secretary was in my group, Braimah Chief Executive of T&K constructions, Alhaji Sofo who was then propaganda secretary of the region and other people constituted the group operating from Ohene Agyekum’s residence”.

Yammin was not recognized at the regional level then and these activities only pushed him deeper into the political arena.

When the Kwadaso constituency was formed, the group of young politicians with Joseph Yammin at the fore went back there to help.

Joseph joined forces with the candidate at that time, the late Fordjour, who was DCE of a district within the Ahafo area. He offered his car, time and being to the campaign of the candidate only for death to lay its hands on him just a day to the launching of the party’s campaign at Cape Coast. “He was knocked down by a car. Unfortunately, his wife had just delivered”. After the launch of the campaign in Cape Coast, the search of a parliamentary candidate began. Joseph Yammin was barely 27 by the time.

Everybody within the executive structure proposed he led the party. They were convinced he had all that was needed 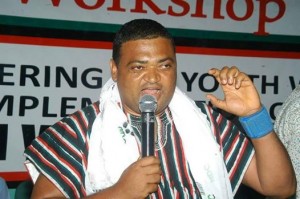 to lead the party. Like the biblical Moses, he hesitated, asking questions that betrayed his confidence in his own abilities. He was indeed not sure he was up to the age, since the perception was that only grown-ups contested such positions. He was however encouraged by people like Beauty Bonadue, wife of Mr. Bonadue, a teacher at Agric College. She is now known as my mother. She really encouraged me. The then organiser of the party, Justice Alpha as well as Mr. Alhassan Kusi and Festus Lumor, then constituency secretary,  stood by and encouraged him strongly.

Joseph Yammin took that bold step to become the NDC’s Parliamentary Candidate for Kwadaso in 2004 and in 2008. After fighting a gallant battles, his entry into the parliament of Ghana was not to be. He has however never looked back since then.

He tells rawgist.com’s Bernard Buachi that he is proud of his accomplishments within the party. He explains that “those were days that it took a lot of bravery to even identify as being NDC in the Ashanti region let alone wear an NDC shirt”.Thankfully, through the efforts of Yammin and others like him, the NDC continues to see a constantly growing and fearless following in the Ashanti region.

Young Joe went on to become the NDC’s Ashanti regional Secretary from 2009.

Joe was also very religious and remains highly religious till today. He has held several positions in his church. Only his political passion competes with his vigour in church. 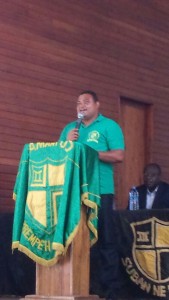 expressed in him and the opportunities he gave him to serve the nation.

Joseph Yammin is one of the most vocal personalities in the NDC currently and has led many campaigns and demonstrations organised under the auspices of the NDC.

Joseph Yammin remains one of the loudest voices calling on John Dramani Mahama to return and lead the NDC in election 2020. It is yet to be seen whether or not that call will be answered positively by the outgone President.

Though many people are convinced that there was bad blood between Joseph Yammin and his two former bosses; Elvis Afriyie Ankrah and Dr. Samuel Sarpong leading to his shuffle from the Ministry of Youth and Sports to the Ashanti regional Coordinating Council as the Deputy Regional Minister, he maintains that his relationships with the two have been very cordial. “Those perceptions are far from the truth. I had very good working relationship with these two and would be surprised if any of the two confirm the perception out there”

Mr. Yammin seems to have done a very good job of shaking the “Galamsey” tag that dogged him some time ago. He tells rawgist.com that he has never ever been involved directly or remotely in perpetrating galamsey. He rather fought it tooth and nail as Deputy Ashanti regional Minister. Well not an iota of proof has been submitted by those who seek to sully his name with this tag.

Many may see Joseph Yammin as a man whose entire life is about politics. Indeed, politics takes up a great chunk of 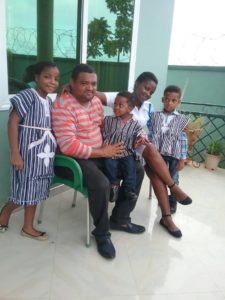 his time. He is however a serious family man.

He is married to Theresa Hooper and has three (3) kids with her; 1 girl and 2 boys.

Joseph Yammin would ensure the family is well taken care of and remains happy no matter his own situation. He puts in serious efforts to ensure that the family only have fond memories by playing with his children, taking the family on exciting vacations and excursions among several others.

Joseph Yammin after the NDC was tossed out of power has switched to full time farming. Indeed, he has always loved farming but was not doing it full time due to his political commitments. Now however, he spends most of his time on his farm in Kumasi where he tends his chicken and other livestock. Soon your eggs and other products on your dining table might be from the farm of this visionary. He reveals to rawgist.com that he is setting up one of the biggest hatcheries in Ghana as part of his quest to feed his nation.

Asked why he wants to become Ashanti regional NDC Chair, Joseph Yammin explained that the 2020 election will require a “force that can bring onboard the entire grassroot of the party and encourage experienced guys within the party to put their experience to use”. He believes strongly that he is that force and his chairmanship will make people comfortable to put resources into the party because the “signs will be that bright” for the NDC. Going into elections as an opposition party in the Ashanti region requires a leader who is courageous and dedicated. Joseph Yammin says his courage and dedication is not in doubt. It seems that Mr. Yammin has indeed earned his stripes as the “grassroots commando” within the NDC.

Police kicks boy in the head: Yammin calls on IGP to deal with Police man in viral video